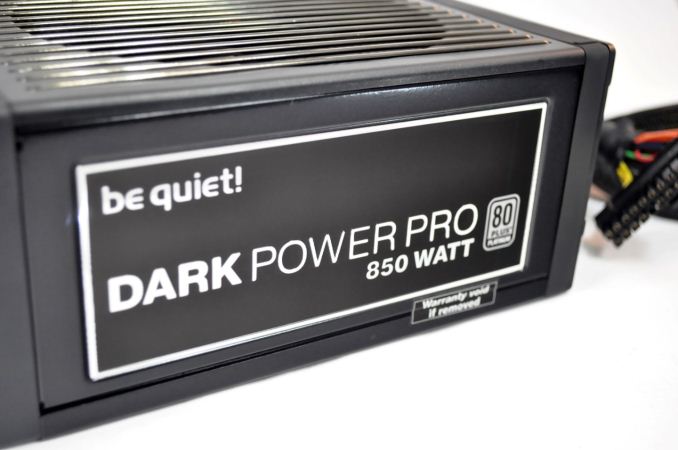 be quiet! is a German company that is slowly making their way into the North American market. As its name suggests (and yes, the correct spelling is all lowercase), the company specializes in creating low-noise components for PCs, mainly cooling and power related. We had the chance to see some of their new products, including their first case, at CES. The last of their products that we reviewed was the Power Zone 850W power supply, which was a bit disappointing in that it was unable to catch up with the competition and not quite quiet under heavy loads.

Our review did not phase the company, who sent us samples of their best PSU series, the Dark Power Pro, for another review. This series is strictly aimed towards enthusiasts and advanced users, seeking the very best parts available for their systems. It consists of six units, ranging from 550W up to 1200W. be quiet! supplied us with samples of their 650W and 850W models, as their reasonable power output makes them the "best sellers" of the series. However, there are large variations between the models of the series, which can be seen from the fact that only the 850W unit is 80 Plus Platinum certified – the rest of the Dark Power Pro 10 units all have a 80 Plus Gold certification. As such, we expect the two units that we will review today to be significantly different, even though they are part of the same series.

Both Dark Power Pro 10 units share a virtually identical packaging, with the obvious differences being the power rating and the 80 Plus certification badge. It is a very professional looking, sturdy cardboard box, with thick layers of polystyrene foam offering sufficient shipping protection. Ample information on the features, specifications and even the length of the cables is printed on the back of the box. 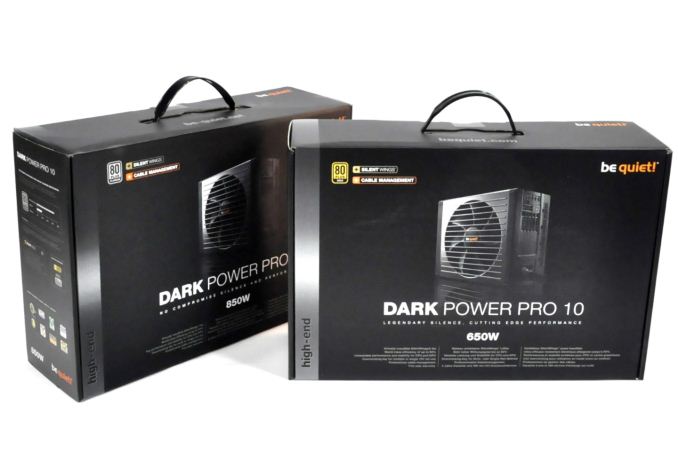 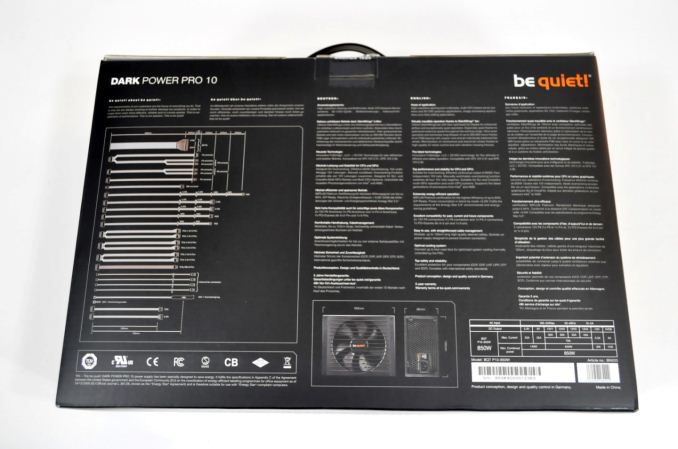 be quiet! treats the Dark Power Pro 10 as the top-tier units they are supposed to be and provides a wealthy bundle with these units. Inside the box we find a manual, the typical AC power cable, five black screws, five thumbscrews, several cable ties, six quality cable straps, a jumper for the OCK mode, and a switch with an LED mounted on an expansion slot cover.

We should note that there are five screws and five thumbscrews, even though that the PSU requires four, because be quiet! offers a spare just in case one gets lost. These screws are longer than typical 3M case screws, which are not sufficiently long for the proper installation of the power supply. 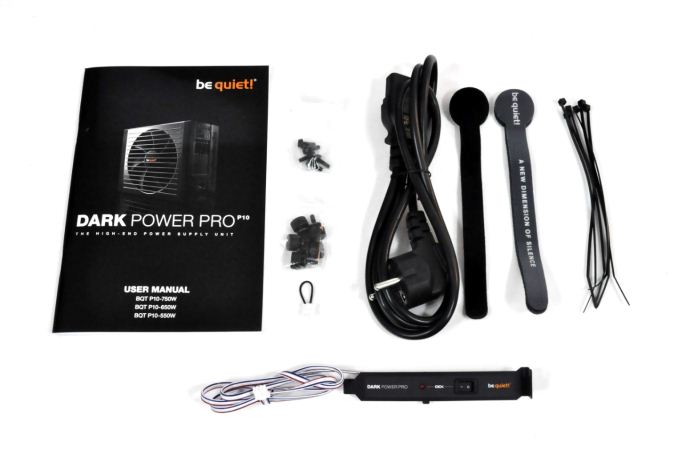 Regarding the OCK mode, it is a feature that the Dark Power Pro 10 units offer, allowing the user to "merge" the four 12V lines into one. This can be done by using the provided jumper, which will lock the Dark Power Pro 10 to a single rail OCP monitoring mode, or by installing the expansion cover with the switch, allowing for on-the-fly mode changes. Obviously, the power output of the unit does not get any more powerful; OCK simply overrides the stock OCP (over current protection) configuration, ceasing the monitoring of separate 12V rails and monitoring the entire 12V line as a whole.

For safety reasons, the "single 12V rail" mode is not allowed by the ATX design guide, especially with units this powerful. That is because the OCP will not be triggered if the whole output of the unit is going through a single wire, in which case the cable or the connector can easily melt, potentially even starting a fire. However, the ever-increasing power requirements of modern equipment (especially GPUs) could cause the OCP to trigger even when the PSU itself could handle the load, which has led most high-end PSU manufacturers to ignore the safety norm and go with single 12V rail monitoring.

The cables of the Dark Power Pro 10 are all sleeved and with color-coded wires, which may be a bit too typical for a PSU of this class. It would have been good for be quiet! to at least use black wires or a more distinct sleeving. Five extra cable straps, which are simple and straight unlike those provided separately in the bundle, hold half of the cable packs together and can be repurposed after the PSU has been installed inside a case. 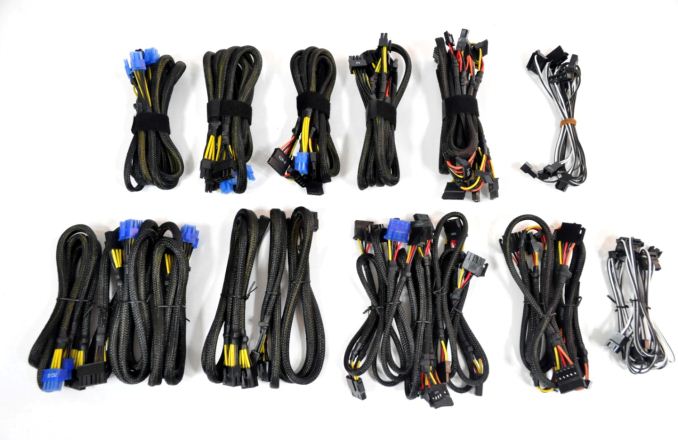