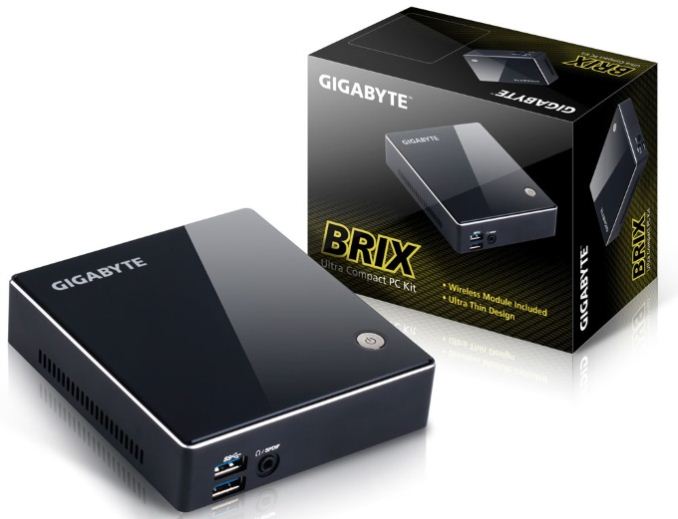 Over the last couple of years, the ultra-compact form factor (UCFF) has emerged as one of the bright spots in the troubled PC market. Intel kickstarted the category with their Sandy Bridge NUC kits in early 2013. Recognizing the popularity of this segment, other vendors also began to promote similar products. GIGABYTE targets this market segment with an extensive lineup of products under the BRIX brand. Late last year, GIGABYTE sent us their high-end vanilla BRIX, the GB-BXi7-4500. Unlike Intel's top-end Haswell NUC (based on the Core i5-4250U), this BRIX family member brings a Haswell i7 ULV processor into the UCFF market. Since the sample arrived along with the Iris Pro-equipped BRIX Pro, the GB-BXi7-4500 fell off our radar. Recently, we had the chance to subject the unit to our suite of benchmarks (as part of a comparison study against the Bay Trail-based GB-BXBT-1900).

Similar to other BRIX units, the BXi7-4500 comes barebones. An important point to note is that the GB-BXi7-4500 doesn't support 2.5" drives. So, users will need to bring in a mSATA SSD along with suitable DDR3L SO-DIMM sticks. At the beginning of the year, mSATA SSDs carried an unreasonable premium over 2.5" drives, but the situation is much better now. Avoiding support for a 2.5" drive allows GIGABYTE to reduce the height of the kit. We configured the review unit to end up with the following components.

The BXi7-4500 kit doesn't come with any pre-installed OS, but does come with a driver CD. In recent kits, GIGABYTE has moved to USB keys for the drivers. In any case, we ended up installing the latest drivers downloaded off GIGABYTE's product support page. In addition to the main unit, the other components of the package include a 65 W (19.5V @ 3.43A) adapter, a US power cord, a VESA mount (along with the necessary screws), a driver CD and a quick-start guide. 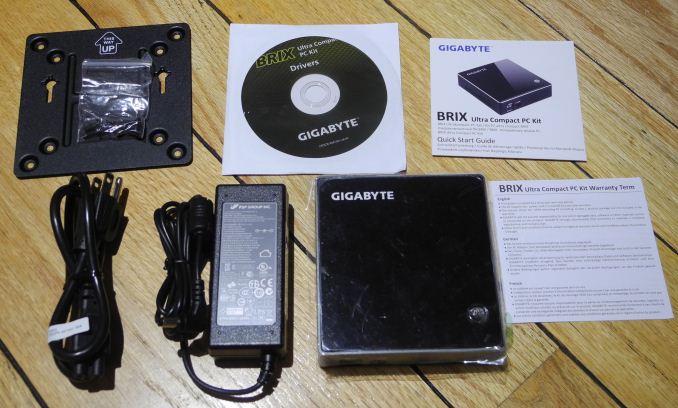 The gallery below takes us around the hardware in the unit.

We have used A-DATA mSATA SSDs in our previous UCFF reviews. In order to make readers aware of other alternatives, we chose to go the Plextor route this time around. We configured our unit with a Plextor PX-128M6M 128 GB mSATA SSD (sporting a Marvell 88SS9188 SSD controller) for the boot drive and put in two Corsair Vengeance 1600 MHz DDR3L SODIMMs for the DRAM. 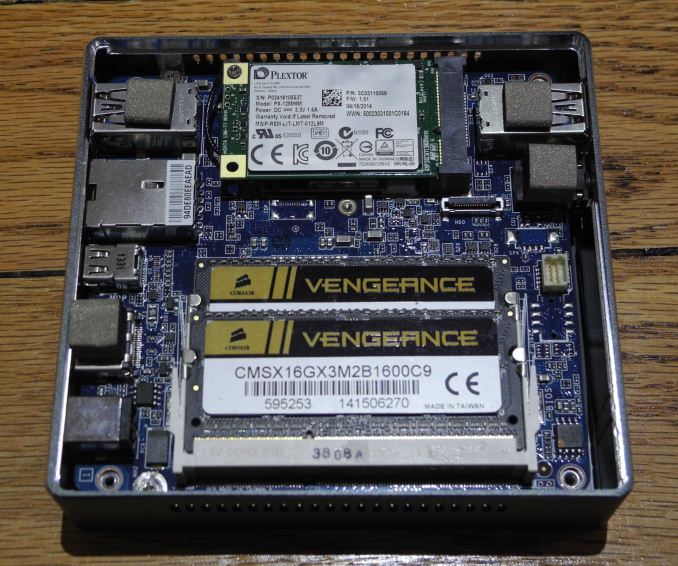 In the table below, we have an overview of the various systems that we are comparing the BXi7-4500 against. Note that they may not belong to the same market segment. The relevant configuration details of the machines are provided so that readers have an understanding of why some benchmark numbers are skewed for or against the BXi7-4500 when we come to those sections.