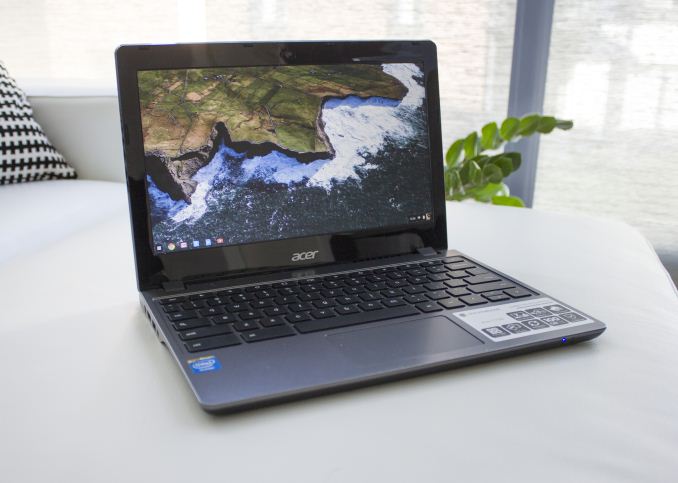 While the whole netbook boom kind of died with the introduction of tablets, Chromebooks have been gaining more and more traction recently. The original Windows netbooks failed to provide a smooth user experience due to the lack of operating system optimization, and Windows was simply way too heavy to be run with such limited resources. Chrome OS on the other hand was designed specifically for netbook-like devices. Google took a totally different approach by designing the Chrome OS around web and cloud-based services, which allowed the OS to be run with very little onboard storage.

Most of today's Chromebooks actually ship with either a small mSATA/M.2 SSD or have an eMMC package onboard, which is a bit ironic since Chromebooks are generally the cheapest laptops around, yet if you buy a Windows laptop that costs twice as much you will most likely end up with a traditional hard drive for storage. That is an enormous benefit that Chromebooks have because the lack of a hard drive enables much thinner and lighter designs, which translates into a better user experience.

The majority of the Chromebooks have 16GB of onboard storage with some high-end models having twice that. For the intended usage where everything is done in the web, that is sufficient, but when you need local storage for offline occasions (e.g. when traveling), 16GB or 32GB will not get you far. There is always the option of carrying external storage to expand the internal storage, but there is another alternative: upgrading the internal SSD. 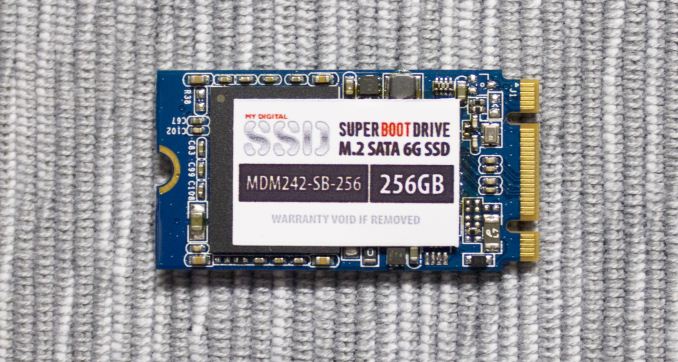 The C720 is what you would expect a Chromebook to be. The display is a bad TN panel, the trackpad does not always feel responsive, and the overall build is just plastic. It feels cheap, but the positive thing is that it really is cheap, as the C720-2848 currently retails for just $200. I cannot really give an objective review of the laptop itself as I have not used any other Chromebooks, but overall I am fairly impressed with what $200 gets you nowadays.

Like other MyDigitalSSD's SSDs, the Super Boot Drive is based on a Phison controller and comes in a variety of capacities. The M.2 2242 currently tops out at 256GB since the form factor limits the number of NAND packages to two, and with 16GB die 128GB packages are the biggest that are available in the open market. 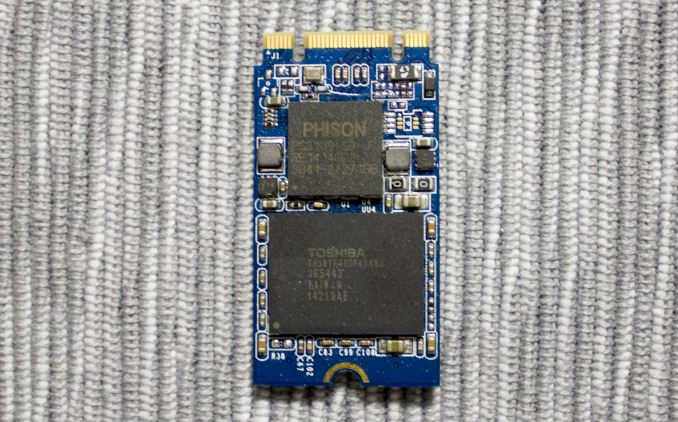 Notice that there is no DRAM at all. The M.2 2242 form factor lacks the space for a dedicated DRAM chip, so the NAND mapping table and host IO caching is done in the internal caches of the controller (usually a few megabytes of SRAM). There is a bit of a performance penalty from doing that as the internal caches are much smaller, but it is the only viable way to squeeze a full SSD into such small area.

There are two major items we want to look at in this review: first, we want to investigate the upgrade procedure for the Acer C720 Chromebook and examine Chrome OS performance, and second we're going to look at the MyDigitalSSD Super Boot Drive as a standard SSD and run our usual storage tests. For AnandTech Storage Benches, performance consistency, random and sequential performance, performance vs. transfer size and load power consumption we use the following system:

For slumber power testing we used a different system: