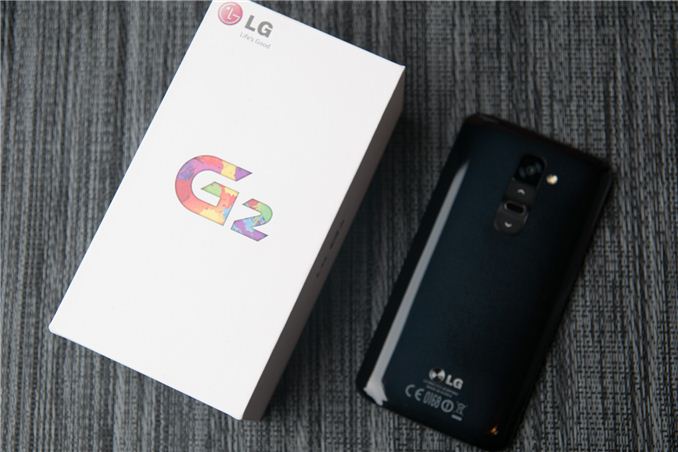 The LG G2 is the spiritual successor to the Optimus G, a device that we looked at last year and eventually went on to become the Nexus 4. LG dropped the "Optimus" branding this time, but the G2 is without a doubt still LG's flagship smartphone, and includes a number of unique LG features – stacked 3000 mAh (11.4 Whr) battery with SiO+ anode, 5.2-inch 1080p LCD from LG Display, and 13 MP rear facing camera with OIS (Optical Image Stabilization). It's an impressive combination of features that make the G2 a standout device. At the same time the G2 is our first chance to get a look at the 2.3 GHz bin of Snapdragon 800 inside a shipping device and get a look at performance and battery life. 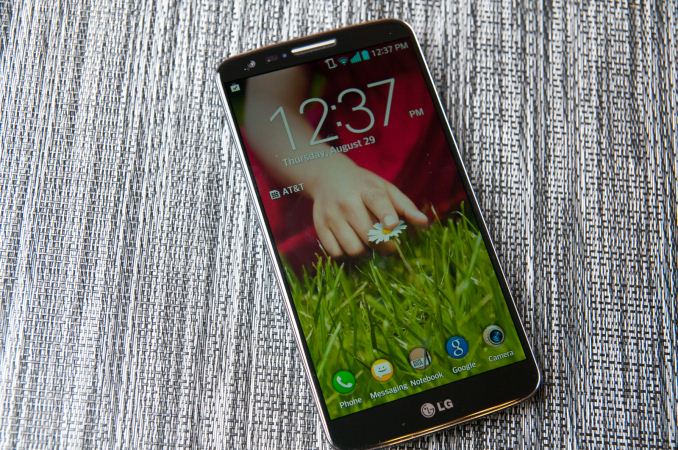 We took a quick look at the G2 at the announcement event, now we have our hands on a G2 and have been putting it through its paces, benchmarking it, and running battery life tests on it for a little under a week and wanted to share some thoughts.

The G2 marries a curved backside shape with front glass that slightly curves at the edges and has a very narrow side bezel. The G2 also opts for on-screen buttons rather than the discrete capacitive kind or physical buttons that went out of favor a while ago. The reality is that Google does have a fair amount of input into at least this part of the Android ecosystem, and its guidance seems to be that on-screen buttons which use display real estate to draw the buttons is the recommended way to go. The G2 does afford the ability however to add Quick Memo buttons or the notification shade pull down/pull up buttons to the bar, but oddly enough there's no multitasking button option available. 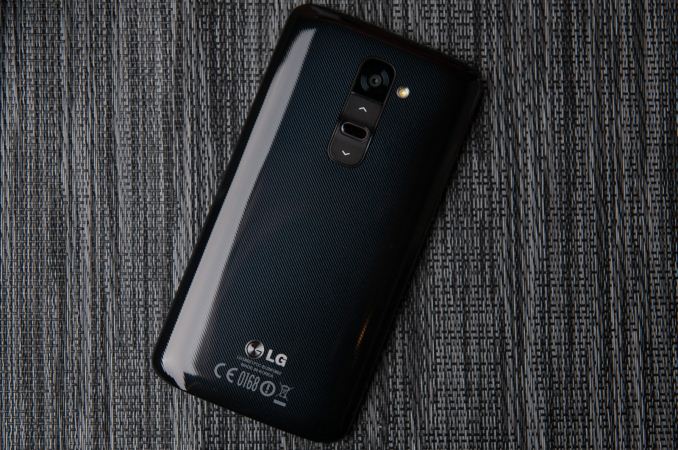 The G2 manages to include a large display without width that's much different from other devices I've been using lately, like the HTC One. Part of getting the edge bezel small was a reduction in volume required on the sides for volume and power buttons, which are instead moved to the back of the G2, perhaps its most striking and initially even alarming design change. 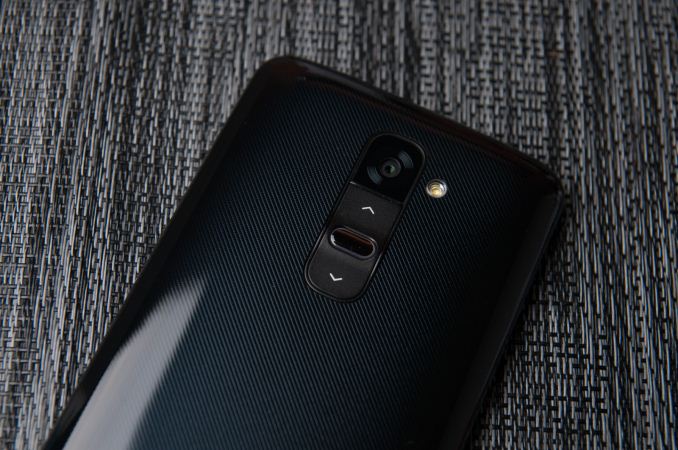 Holding down the volume down button launches you into the camera, pressing the center button powers on the phone, and holding down the top button launches QuickMemo. Up and down are volume up and down otherwise. There's a hard raised lip on both sides of the button too, so the G2 when laid backside down on a surface makes contact there instead of on the button – it won't inadverntely turn on when pressed against a table. I found the backside buttons easy to adapt to after my first few interactions with the G2, and they actually become second nature after a day or so. The raised bump for the power button makes it easy to locate with the index finger, and I haven't smeared or accidentally put my finger on the sapphire camera cover yet. If the power button on the back is still difficult to get used to, the G2 has a double tap to turn on feature it calls "knock knock" – double tap on the display, and the G2 will turn on, repeat the double tap on the status bar or in an empty part of the display when it's on, and it turns off. I find myself using the double tap gesture quite a bit to turn the G2 on and off. I believe this functionality uses the sensors onboard and the DSP inside 8974 to detect when the taps occur.

The G2 I was sampled is a dark blue color which has a slight pinstripe on the back as shown in the photos above. The material is however the same kind of glossy plastic I'm used to seeing out of the Korean handset makers of note, and picks up fingerprints and hand oil very quickly unfortunately. I like the shape of the device and LG's innovations, it's just puzzling to me that materials hasn't picked up yet, I'd even take glass from the Optimus G over plastic. I'll save you the huge discussion on device size as well, I'm fine with the larger smartphones that aren't quite phablets, and the G2 for me is totally usable and I appreciate the increased display size. It definitely isn't phablet size, but it is on the larger high-end smartphone side of things.