Last week we published a teaser look at Intel's latest mSATA SSD: the Intel SSD 525. At the time we only presented performance for a single 240GB drive, however Intel decided to break the mold and send us nearly every capacity in the 525 lineup. We've finally completed testing of the remaining capacities and can now bring you a full look at the Intel SSD 525 lineup.

Typically manufacturers send along their best performing SSD and what follows after launch is a bunch of begging for or outright purchase of additional capacities in order to present the most complete picture. Intel was one of the first companies to send along both large and small capacity SSDs in for review, so it's no surprise that they're one of the first to send nearly every member of a new SSD family for review. I can't stress how important it is that other manufacturers follow in Intel's footsteps here. Given the direct relationship between the number of NAND die/packages on an SSD and the performance of the drive, being able to demonstrate the performance of the entire family is very important to those looking to make an actual buying decision.

In the case of the 525, Intel did a good job of keeping things pretty simple. Since the 525 is exclusively an mSATA drive, there's only room for a maximum of four NAND packages on board. The 525 still uses 25nm 2bpc MLC NAND, which is limited to 8GB of NAND per die and 8 die per package (64GB max per NAND package). This is where the 240GB max capacity comes from (256GB of actual NAND). 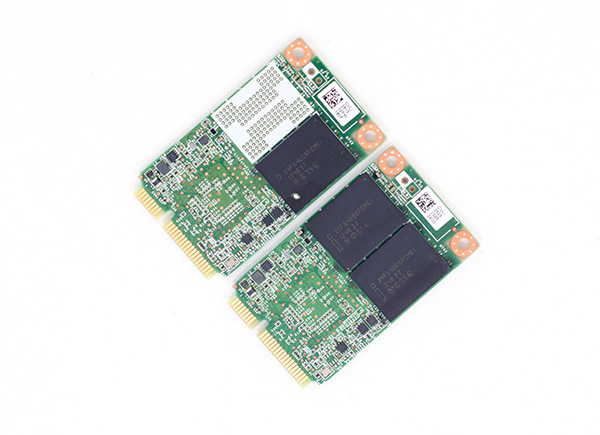 The full breakdown of capacities and NAND split are listed below:

All of the 525 members feature the same ~12.6% spare area (~14% OP). Despite the reduction in number of NAND packages, the 90 and 180GB models aren't actually any slower than the 60GB and 120GB versions respectively. The reason that performance doesn't suffer when going to these odd sizes is because Intel/SF do a good job of parallelizing requests across all NAND die within a package, of which there are physically more in the 90/180GB configurations compared to the 60/120GB models. 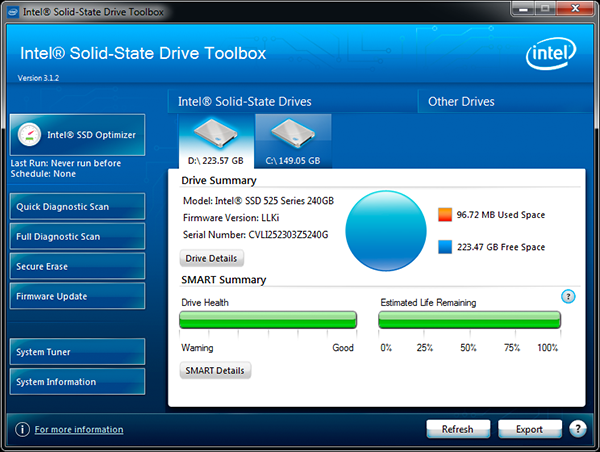 I went over the rest of the details of the 525 in the initial review. In short, the SF-2281 controller is still at use but paired with firmware that's directed/validated by Intel. Performance, compatibility and stability can be different on the 525 compared to other drives that use SandForce's SF-2281 controller. The 525 in particular uses a newer version of the Intel branch of the SF-2281 firmware with additional stability/compatibilty enhancements and power optimizations. The 525's LLKi firmware revision hasn't been backported to the 520/330/335 and as of now there aren't any public plans to do so. The 525 also comes with a 5-year warranty from Intel. 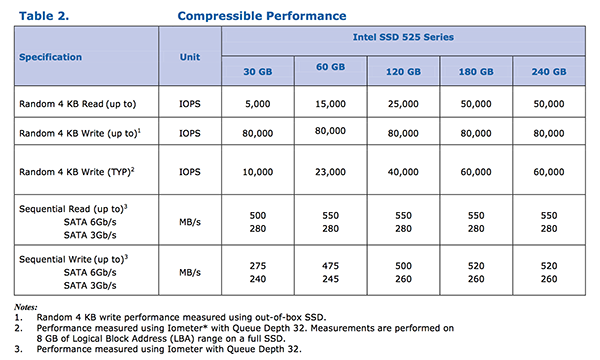 Performance of the 525 is very similar to the 2.5" Intel SSD 520 that came before it, the big difference here is the physical size of the drive as the 525 is mSATA only. For all testing we used an mSATA to SATA adapter: 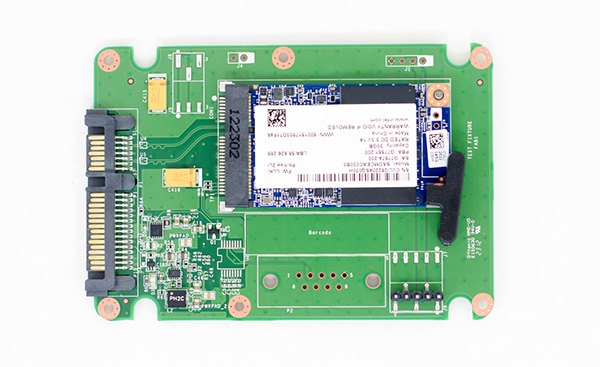