Let’s recap. Intel launched Sandy Bridge. Intel found a bug in the 6-series chipset, necessary for all Sandy Bridge systems. Intel issued a stop shipment on all 6-series parts. Due to some financial regulations, Intel had to make the stop shipment known publicly before it could inform its partners. As a result, companies like Apple, ASUS, Dell, Gigabyte and MSI found out when you and I did. They were not happy.

Intel has since announced that it has resumed shipment of chipsets for use in systems that fall into the aforementioned category (only using the two 6Gbps ports). Everything else remains stopped until the fixed version of the chipset (B3 stepping) is available.

Gigabyte was first out with a replacement strategy for existing 6-series motherboard owners. You can exchange your board at the place of purchase, or return it for a full refund. Pretty simple. 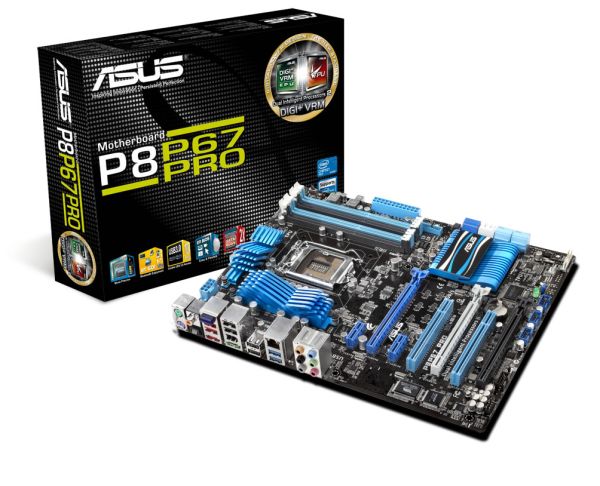 ASUS and MSI quickly followed suit, however their policies were a bit different to what Gigabyte proposed early on.

If you want a full refund, that will be handled by your original place of purchase. Vendors are currently in the process of figuring out how long they need to extend their return policies in order to cover all customers.

If you are happy with your board and just want an exchange, both ASUS and MSI will be handling the exchange directly. ASUS’ page on the exchange is here, and MSI’s is here.

ASUS will provide free 2-way “standard shipping” for both your B2 board and the B3 board. Your new board will have a warranty that starts from the time it is shipped. ASUS offers two options to expedite shipping. If you provide your credit card number ASUS will temporarily put a charge on your account for the MSRP of a replacement board and ship it to you in advance. Once ASUS receives your B2 board it will remove the charge from your account. The other option also involves you providing ASUS with your credit card number, however ASUS will not charge your card right away. As soon as you have shipped your motherboard (and the carrier lists the package as In Transit), ASUS will ship out a replacement board. As long as there are no issues with the board you send in (e.g. serial numbers match and it's eligible for RMA) then your credit card won't be charged. ASUS mentions that the scope for exchanges is limited but it doesn’t mention a specific date.

MSI also provides free shipping and has committed to 3-day shipping both ways. You’ll get a pre-paid UPS label, send your board off, and get your new board via UPS 3-day as well. Update: MSI says it has added an advance RMA option as well. MSI places a time limit on the exchange program: you must register your motherboard or MSI system by April 30, 2011.

Unfortunately none of the motherboard makers have been able to convince Intel to pay for a Z68 upgrade program. Intel’s Z68 chipset is due out sometime in Q2 (likely April/May) and adds the ability to overclock your CPU while using Intel’s processor graphics as well as support for SSD Caching.

Intel has done a good job in being proactive in addressing the problem early on, however I don’t see any favors being done for the end users. These are Intel’s most loyal customers, the ones willing to pay top dollar on day one to buy the latest and greatest. Free two-way shipping is an expectation, not a show of appreciation. Free upgrades to Z68 or maybe even work with vendors like Newegg to provide gift cards as a sign of appreciation would’ve been nice.