The Best Keyboard on an Ultra Portable? Evar?

I can't believe I'm typing this on an ultra portable. I covered CES on an ASUS U1E, which is considerably smaller than the MacBook Air. As pleasant as it was to use and type on, I still found myself running to my MacBook Pro whenever I really wanted to get some writing done. I needed the U1E's portability on the show floor but I needed the MacBook Pro's keyboard when I wanted to get work done. Apple's decision to include a full sized MacBook keyboard on the Air was perfect. 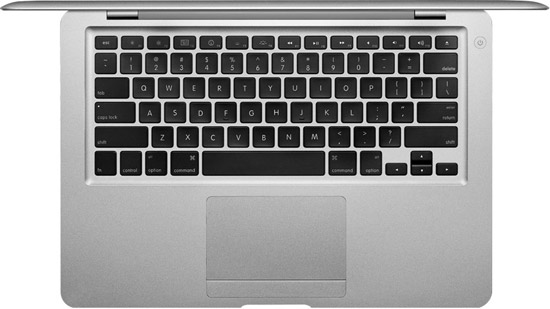 Typing on this thing is absolutely perfect, the keys have great tactile feedback and make a pronounced but pleasant sound when pressed. It's the same keyboard that's in the MacBook but I've never owned a MacBook, so I'm allowed to fawn on this one a little more than normal.

The edge of the Air's chassis is a little too sharp, which can make typing at some angles uncomfortable. I noticed it when I was using the Air but it wasn't a big enough deal to really bother me. 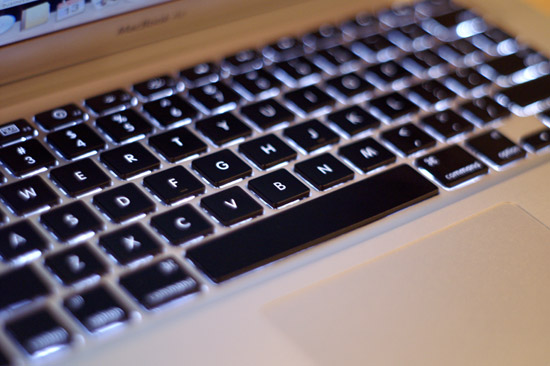 The fiber optic backlight on the keyboard is an absolute necessity; I'm shocked that more notebook manufacturers haven't adopted it by now. I'm writing this very paragraph in the dark with a well illuminated keyboard and it's great. The backlight alone isn't reason enough to recommend the MacBook Air, but it's a little feature that makes the ownership experience all that much more pleasant. 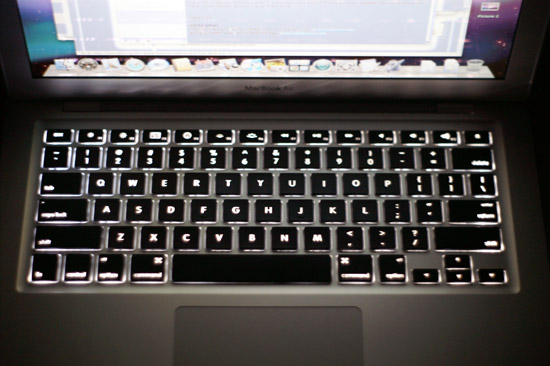 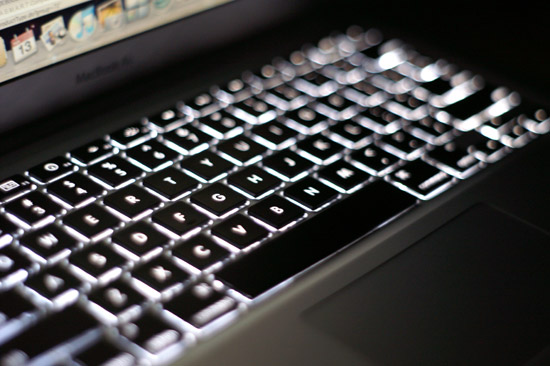 There is a problem with the location of the light sensor however; since it's facing you and not facing up, if you are casting a shadow on the sensor it'll make the screen dim. That in itself is fine because you'll also be casting a shadow on the screen, but if you keep moving left and right - casting and removing your shadow from the sensor the LCD will get brighter and dimmer accordingly. If you keep in mind the position of the sensor it's not a problem, but if you don't realize where it is you may end up wondering why the screen keeps changing its brightness while the ambient lighting hasn't changed. 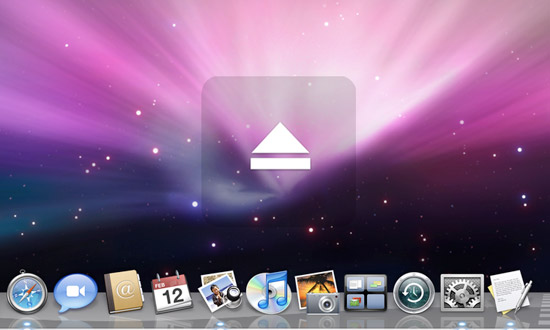 The eject button is kind of cute on the keyboard, when you press it you get the standard eject overlay on the screen - but obviously nothing happens. With the external SuperDrive attached, the button will eject whatever you put in the drive.