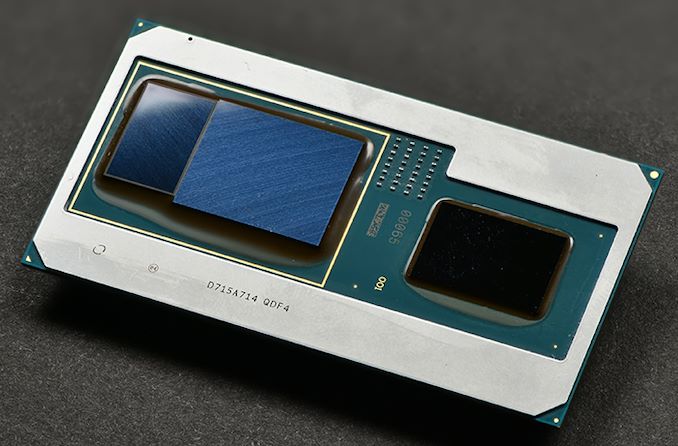 While the retail shelf life of Intel’s unusual Kaby Lake-G processor has pretty much passed at this point, it looks like it has become the gift that keeps on giving when it comes to confusion about how support for the combined Intel/AMD chip will work. First spotted by Tom’s Hardware, AMD’s latest driver Radeon driver installer doesn’t include support for the chip’s AMD “Vega M” GPU, and as a result there are currently no up-to-date drivers available for the platform. And while Tom’s Hardware did get a cryptic-but-promising response from AMD about future driver support, for the moment it’s not clear what’s going to happen or how long-term driver support for the processor will work.

A one-off collaboration between Intel and AMD, Intel’s Kaby Lake-G processor combined a quad-core Intel Kaby Lake CPU with a discrete AMD Polaris-based GPU, all on a single package. With the AMD dGPU covering for Intel’s traditionally weak integrated graphics, Kaby Lake-G gave Intel and interesting chip that could deliver great compute performance and much stronger graphics performance as well.

However since the GPU portion of Kaby Lake-G came from outside Intel, the chip has always existed in an odd place where it’s never been fully embraced by either manufacturer. Even as an Intel-sold and Intel-branded product, Kaby Lake-G’s Radeon roots were never really hidden, and indeed the chip’s GPU drivers have clearly been a derivative of AMD’s standard driver set since the very beginning. But this has also meant that Intel has been reliant on AMD to provide those drivers, and for reasons that are not entirely public or transparent, this hasn’t been handled well. After a very long break between GPU driver updates, Intel essentially gave up on putting any kind of façade on the source of their GPU drivers, and began directing users to install AMD’s Radeon drivers, which at the same time gained official support for the chip. 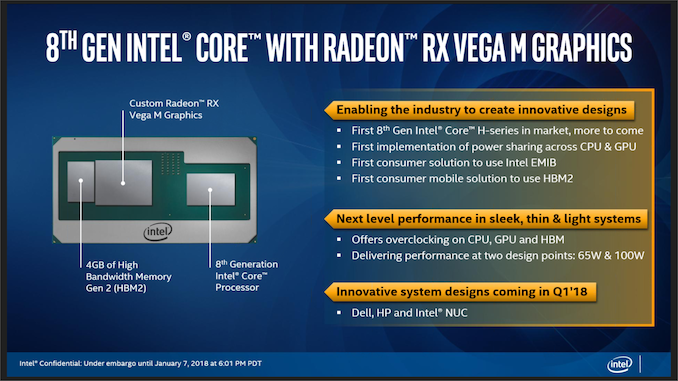 And that was the end of that. Or so we thought.

Instead, as spotted by the Tom’s Hardware crew, Kaby Lake-G support has once again gone missing from AMD’s drivers. As a result, it’s not possible to install current drivers for the hardware – and even finding drivers that can be installed is a bit of an easter egg hunt.

When they reached out to Intel about the matter – and specifically, about updated drivers for Hades Canyon, Intel’s Kaby Lake-G based NUC –  Tom’s Hardware did get a promising, but nonetheless cryptic response from the chipmaker:

And for the moment, this is where things stand, with no official explanation as to what’s going on. Driver support for Kaby Lake-G hangs in limbo, as Intel and AMD seem to be unable to sort out responsibility for the chip.

Joint projects like these are some of the most difficult in the industry, as having multiple vendors involved in a single product means that there’s some degree of cooperation required. Which is easier said than done when it involves historic rivals like Intel and AMD. Still, I would have expected that driver support is something that would have been hammered out in a contract early on – such that AMD was committed to deliver and paid for the necessary 5 years of drivers – rather than the current situation of Intel and AMD seemingly dancing around the issue.

In the meantime, here’s to hoping that Kaby Lake-G’s driver situation gets a happier ending in due time.