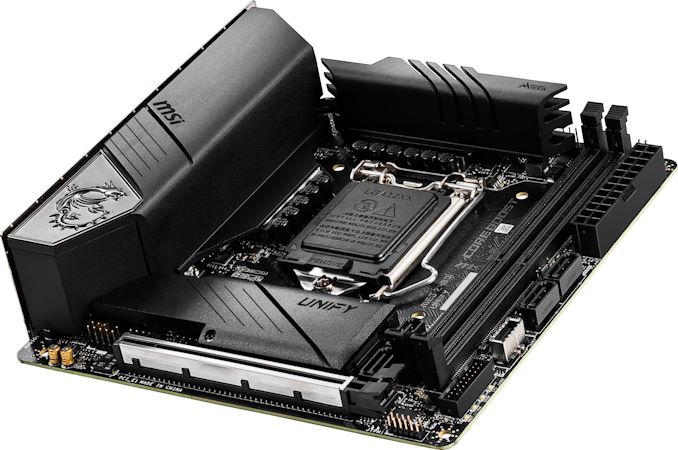 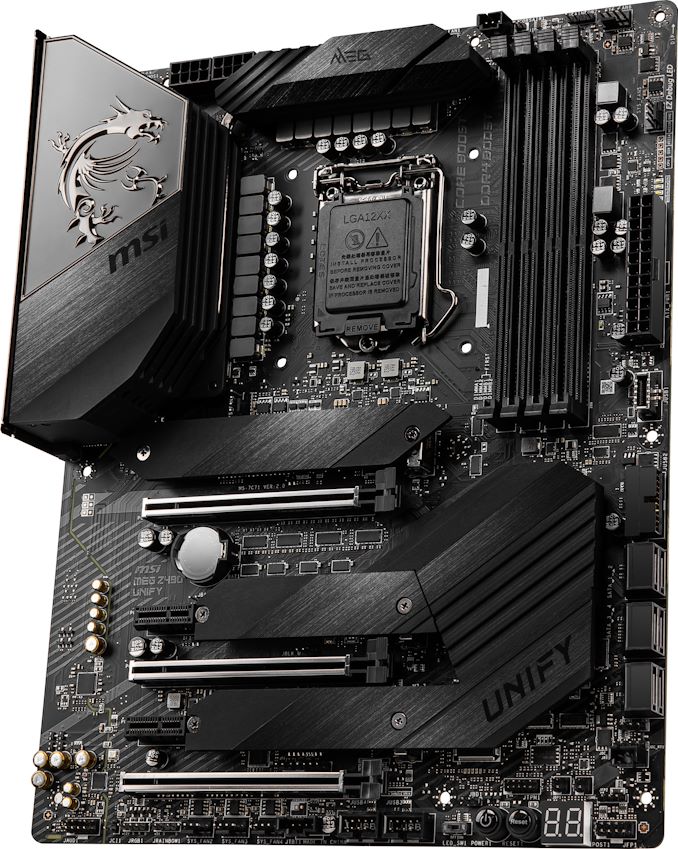 Starting with the MSI MEG Z490 Unify, it follows the ATX form factor and has a wave of features. This includes a solid-looking 16-phase power delivery with Intersil 90 A power stages with are doubled and is controlled by an ISL69269 PWM controller operating in an 8+0 configuration. Some of the main features include three PCIe 3.0 x4 M.2 slots, three full-length PCIe 3.0 slots working at x16, x8/x8, and x8/x8/+4, with two PCIe 3.0 x1 slots. There are six SATA ports with support for RAID 0, 1, 5, and 10 arrays, while the board supports up to 128 GB of DDR4-4800 across its four slots. On the rear panel plenty of high-speed connectivity including a single USB 3.2 G2 20 Gbps Type-C, and three USB 3.2 G2 10 Gbps Type-A ports, as well as a Realtek ALC1220 HD codec handing the boards audio and a Realtek RTL8125BG 2.5 G Ethernet port, and connectors for the Intel AX201 Wi-Fi 6 wireless interface. 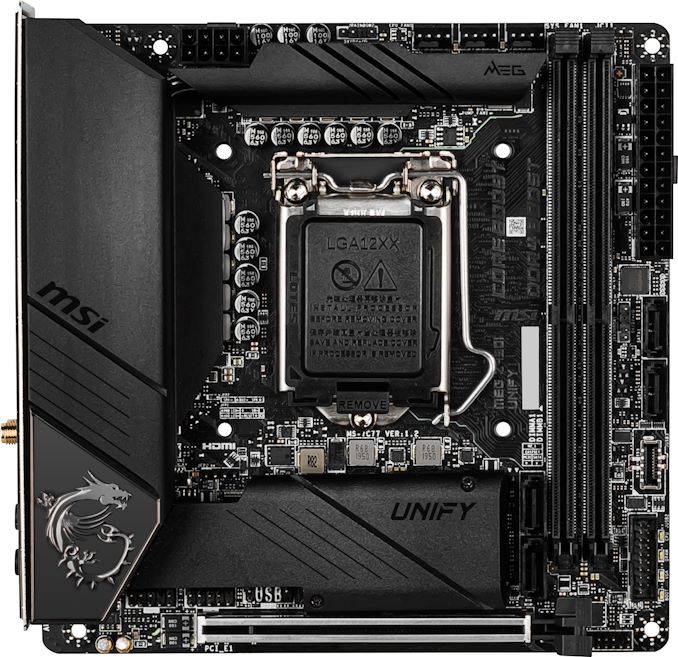 The smaller mini-ITX sized MSI MEG Z490I Unify features a 10-layer PCB which is impressive for a board of its size. It has a direct 8-phase power delivery with 90 A power stages, and an Intersil ISL69269 PWM controller regulating the power to the CPU. Looking at the features, it includes dual PCIe 3.0 x4 M.2 slots, four SATA ports, and a single full-length PCIe 3.0 x16 slot, which MSI is stating that it is ready for PCIe 4.0. The rear panel includes a single Thunderbolt 3 Type-C input, with a DisplayPort 1.4 and HDMI video output pairing, and benefits from a Realtek ALC1220 HD audio codec. For networking, there is a single Realtek RTL8125BG 2.5 G Ethernet port, and connectors for the Intel AX201 Wi-Fi 6 wireless interface, which also has support for BT 5.1 devices.

It looks as though MSI enjoy success with its debut of the Unify series on the X570 chipset, and has made the non-RGB themed range a prominent series in its already stacked arsenal. MSI hasn't officially stated when both the MEG Z490 Unify and MEG Z490I Unify will hit retail shelves, with a price of $270 for the mini-ITX model, and $300 for the ATX.