Off the back of the release of two new Blade 15 series (NVIDIA GeForce RTX and Intel 10th Gen models), Razer has also unveiled two new variations of its slightly smaller Blade Stealth 13 models. Splitting them down the middle, one is designed for gamers, while the other is for content creators on the go, with both featuring an Intel Core i7-1065G7 quad-core processor, NVIDIA's GeForce GTX 1650 Ti 4 GB graphics card, and a 512 GB PCIe 3.0 NVMe M.2 storage drive.

Kicking things off with the main differences between the two new models, the gamer-focused Razer Blade Stealth 13 model comes with a high-spec 13.3-inch FHD 1080p screen with a 120 Hz refresh rate. For those looking for a creator-focused notebook, the new Blade 13 is also available with a 13.3" 4K touch display, with both models variants including factory display calibration with 100% sRGB coverage, and 4.9 mm slim side bezels.

Razer claims the Blade Stealth 13 features the world's fastest 13.3-inch display with a 120 Hz refresh rate, marketing it as the world's thinnest 13-inch ultrabook with such specifications. 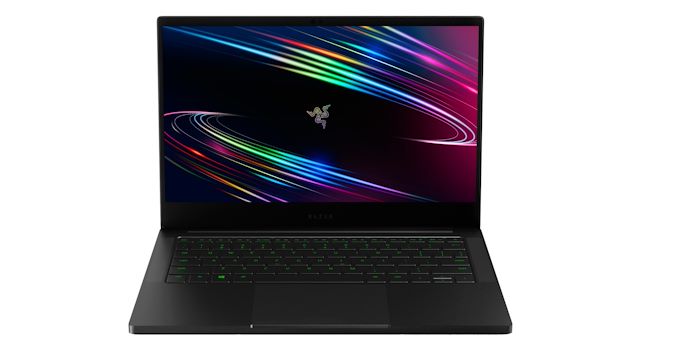 Included within the Temper 6 CNC precision milled anodized aluminium frame is an Intel Core i7-1065G7 quad-core Ice Lake processor which operates with a base core clock speed of 1.3 GHz, boosting up to 3.9 GHz, and sporting a TDP of just 25 W.

Powering the 4K touchscreen and 1080p 120 Hz screens is an NVIDIA GeForce GTX 1650 Ti with 4 GB of GDDR6 VRAM, with an Max-Q efficiency design and a 35 W TDP. For memory there's 16 GB of low-power DDR4-3733 as a 2 x 8 GB dual channel configuration which is soldered in and can't be upgraded. For users that demand high-speed storage, Razer has preinstalled a 512 GB PCIe NVMe M.2 SSD as standard. An Intel AX201 Wi-Fi 6 wireless interface is installed which includes support for BT 5.1 connectivity as well.

The Razer Blade Stealth 13 models include a keyboard with single-zone full key backlighting powered by Razer's popular Chroma RGB, and a Microsoft Precision glass touchpad. There is a single Thunderbolt 3 USB Type-C port which uses 4 PCIe lanes, a USB 3.1 G2 Type-C which can provide power via PD, and two USB 3.1 G1 Type-A ports. It includes an HD 720 infrared webcam installed into the top bezel, with a 3.5 mm headphone/microphone combo port, and an integrated array microphone.

In general, the new Stealth 13s fall into the second category of premium laptops available today, starting off from 15W Athena compatible Ultrabooks, 25W CPU + 35-50W GPUs such as today's models in up to 13" form-factors, 35W+65W 14" models, and finally the higher-end 45W+80W 15" devices.

Prices for the new Razer Blade Stealth 13 start at $1800 for the 1080p 120 Hz version, with a higher $2000 starting point for the 4K touchscreen model. Both can be purchased and customized at Razer.com, with stock expected to filter into retailers around the world soon.