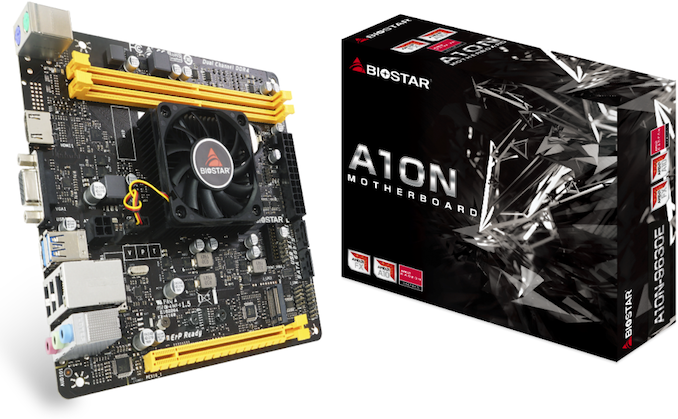 AMD’s Bulldozer microarchitecture was originally designed with mainstream and high-performance applications in mind, but eventually its development took a turn to focus solely on mainstream mobile and desktop PCs. Today, processors based on AMD’s Excavator architecture — the pinnacle of Bulldozer’s evolution — are positioned as entry-level solutions and compete against lower-end products from Intel, including those powered by Atom-class processors that were designed from the ground up to be cheap and energy-efficient. Looking to fill a need for fully integrated motherboards for this market, Biostar has launched a Mini-ITX motherboard that is based on AMD’s Bristol Ridge APU and is meant to compete against Intel’s Gemini Lake-based offerings.

The Biostar A10N-9630E Mini ITX Quad Core SoC motherboard is powered by the A10-9630P with two Piledriver modules clocked at 2.60 GHz – 3.30 GHz (four cores in Bulldozer’s classification) with 1 MB L2 cache per module as well as AMD Radeon R5 GPU with 384 stream processors (GCN 3rd Gen). The SoC has a TDP of 35 W and it was initially designed for laptops as well as compact desktops.

Overall, Biostar compares CPU and GPU performance of the SoC to that of Intel’s Celeron J4105 SoC with four Goldmont Plus cores clocked at 1.50 GHz – 2.50 GHz as well as Intel’s UHD Graphics 600 with a TDP of 10W. Based on Biostar’s benchmarks, AMD’s processor offers a significantly higher CPU efficiency as well as a massively higher GPU performance (see performance figures below). 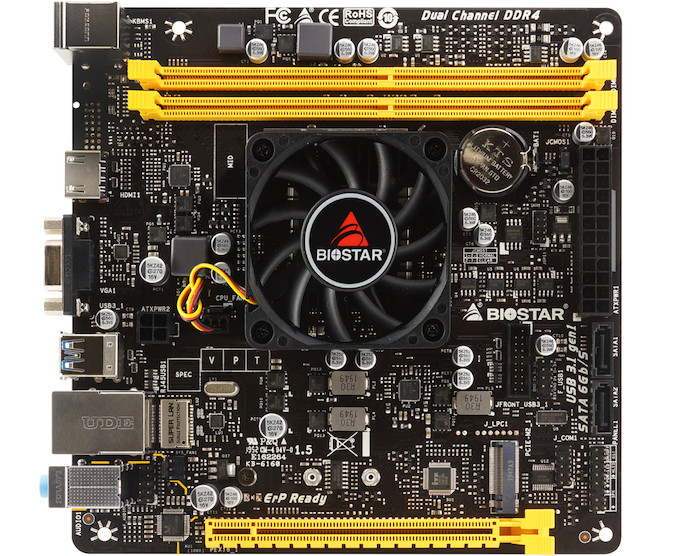 While AMD’s Bristol Ridge platform is clearly more power hungry than Intel’s Gemini Lake, it is also considerably faster, which is fine for desktop machines. But there is a catch. AMD’s Bristol Ridge has the company’s UVD 6.0 decoder that supports up to H.265 codec version 1 main profile (for 4K content) for 8-bit content, but not VP9. By contrast, Intel’s Gemini Lake has a video decoder that supports both H.265 and VP9 as well as 10-bit HDR (for 4K content). Considering that low-power desktops are usually used primarily for media playback, the Gemini Lake has an edge over the Bristol Ridge. 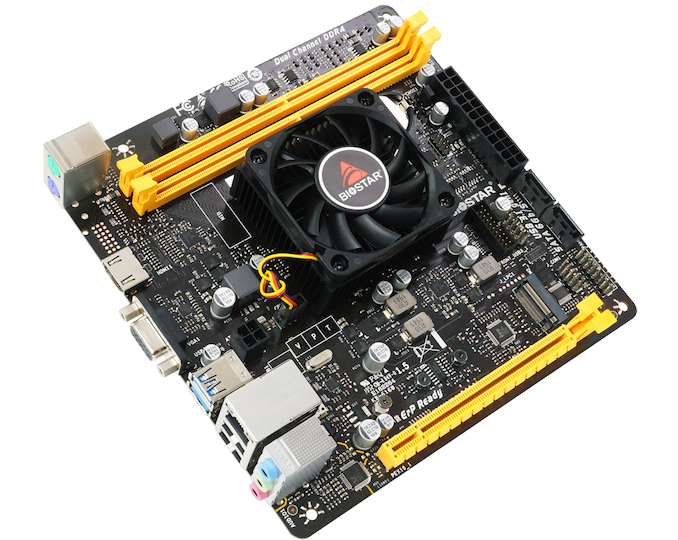 Since AMD’s Bristol Ridge uses a BGA form-factor, the A10-9630P chip cannot be upgraded. Meanwhile, the A10N-9630E board has everything a typical inexpensive platform does, including a PCIe 3.0 x16 slot that runs in x8 mode (as Bristol Ridge has 8 PCIe lanes for graphics) and allows to install a graphics card that supports all the latest and greatest video decoding capabilities, two DDR4 memory slots supporting two 16 GB DDR4-2400 modules, an M.2-2280 slot supporting SSDs with a PCIe 3.0 x4 or SATA 6 Gbps interface, and two SATA 6 Gbps connectors.

I/O capabilities of the Biostar A10N-9630E are fairly standard for entry-level PCs, so it has two display outputs (a D-Sub for legacy monitors and an HDMI for modern screens with HDCP support), a GbE port with LAN surge protection (controlled by the Realtek RTL 8111H chip), four USB Type-A connectors (two USB 2.0, two USB 3.0), PS/2 ports for mice/keyboards, and 7.1-channel audio connectors.

Biostar has not announced pricing of its A10N-9630E Mini-ITX motherboard, though it made it fairly clear that we are dealing with an entry-level product, so one can make guesses. 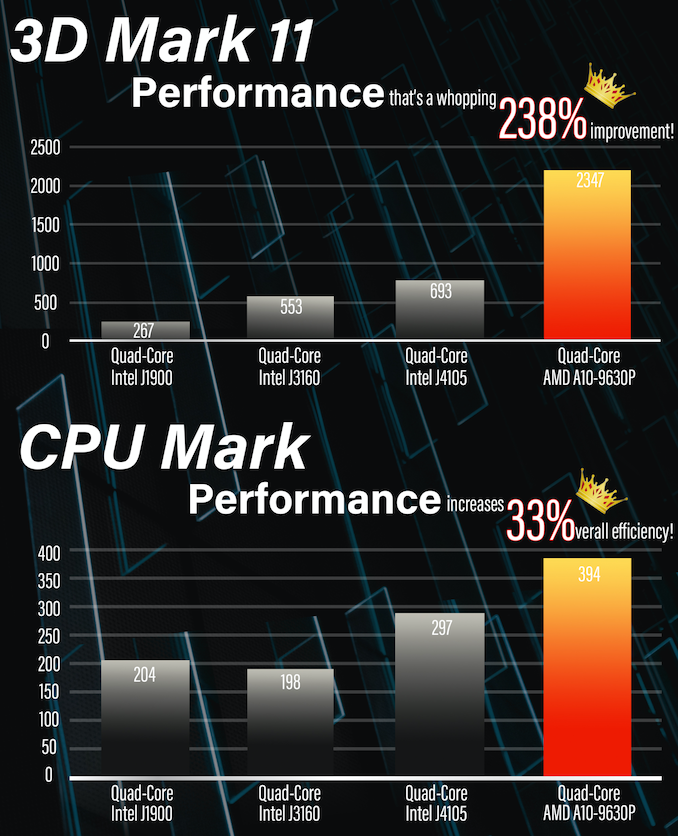