PCI-SIG has released version 0.5 of the PCIe 6.0 specification to its members this week. The new, "first draft" version of the spec includes the feedback the group got from its members after publication of version 0.3 back in October. With their latest update, PCI-SIG remains confident that it is on track to finalize the PCIe 6.0 standard in 2021.

It took PCI-SIG long seven years to complete the PCIe 4.0 specification, a long slog that the group has committed to avoiding going forward for PCIe 5.0 and beyond. With PCIe 6.0, PCI-SIG is keeping up that rapid pace of development, releasing the first draft version of the spec less than a year after formal announcement of the spec. 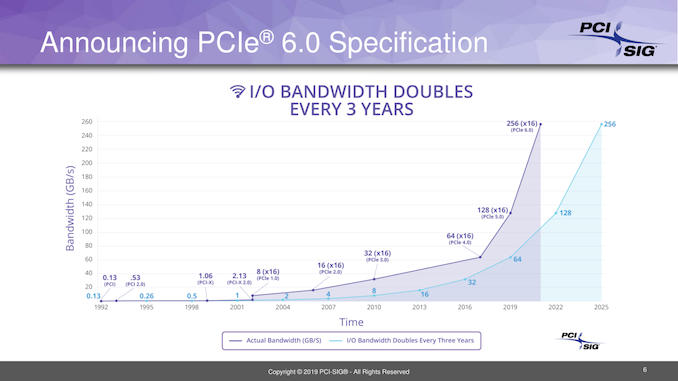 The publication of version 0.5 of the PCIe 6.0 specification is essentially the final call for submissions of the new features by PCI-SIG member companies. Furthermore, with the first draft available, companies can start designing test silicon to ensure that everything works and even begin preliminary work on commercial chips. 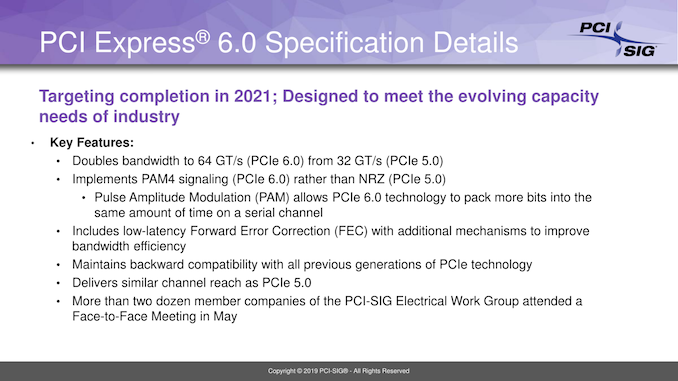 The next milestone for the PCIe 6.0 specification will be the upcoming PCI-SIG Developers Conference 2020 in early June, where the group plans to present deep dives into the features of the technology.