3D and GPU performance of the Pixel 4, much like all other devices this year with the same Snapdragon 855 chipset, will only be able to differentiate itself from the pack if it has any kind of special heat dissipation or extremely lax thermal throttling designs. We’re not expecting any big surprises here, and do hope the Pixel 4 XL is able to fare competitively. 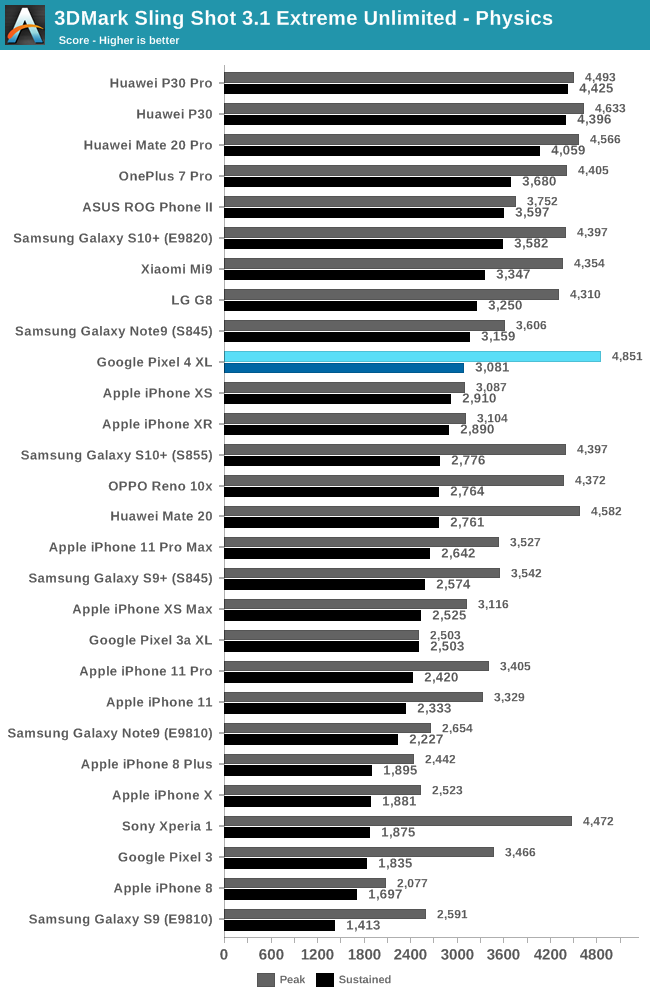 Starting off with the 3DMark Physics test, which is actually a CPU benchmark within a temperature constrained test scenario, we see the Pixel 4 XL fall in line with the middle of the pack of Snapdragon 855 devices in terms of the sustained performance scores. It’s interesting to see the peak performance standing out and being ahead by a measurable margin against other S855 devices. I’m not too sure why this would be other than maybe Google having extra optimisations in the scheduling of the workload, or maybe even DVFS behaviour of the CPUs, as the actual workload performance shouldn’t change based on any other external factors such as drivers or software. 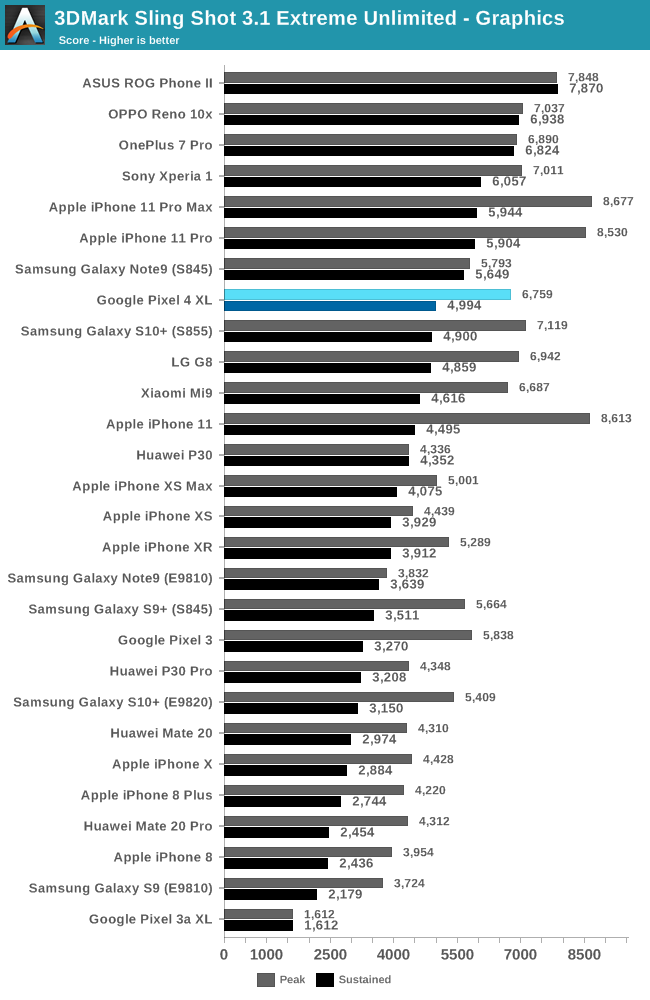 In the graphics workload, things are GPU bound and that’s the main limiting factor for the performance scores. Here the Pixel 4 XL again falls around the middle of the pack amongst other S855 devices. 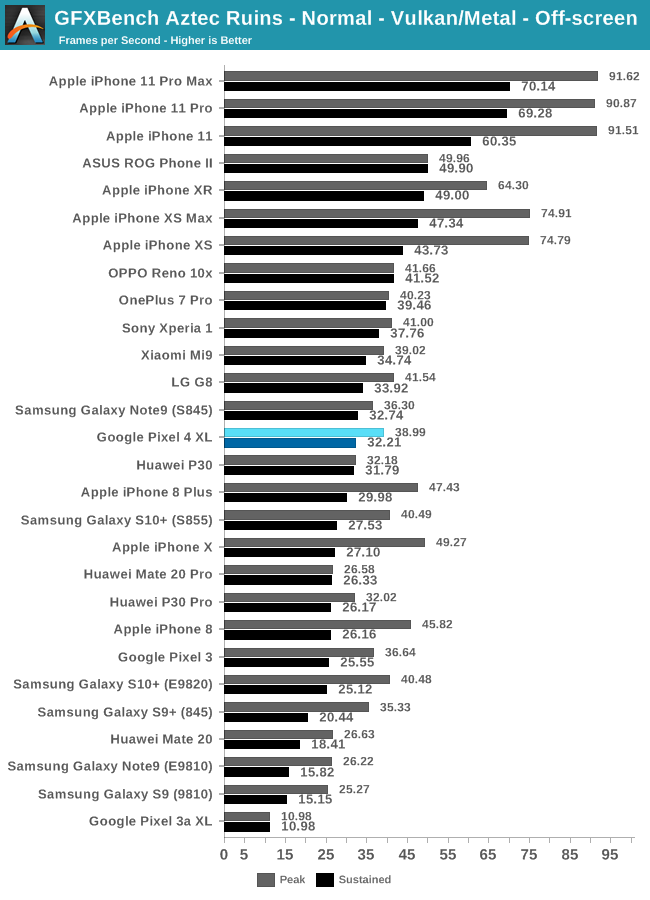 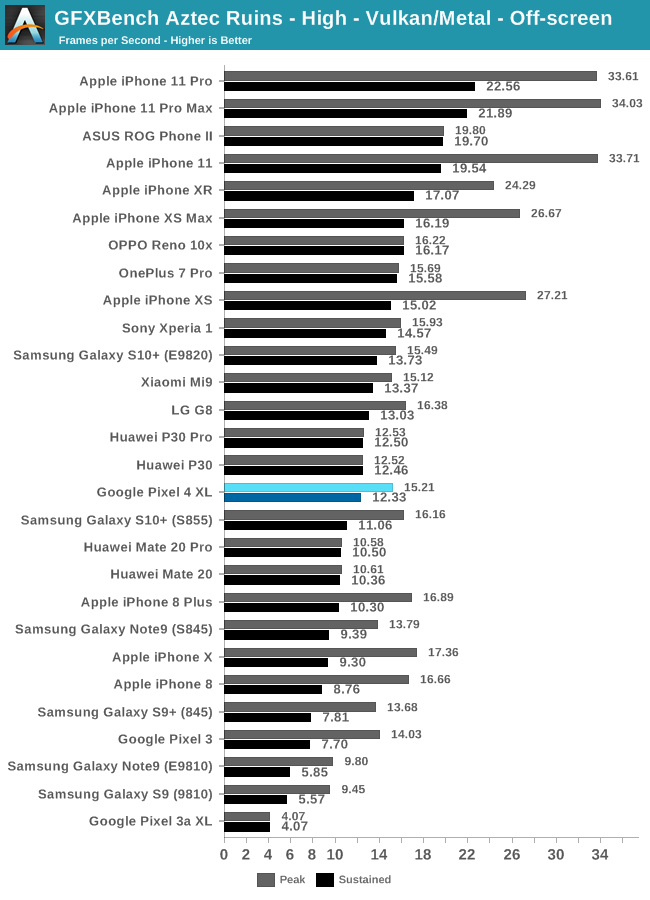 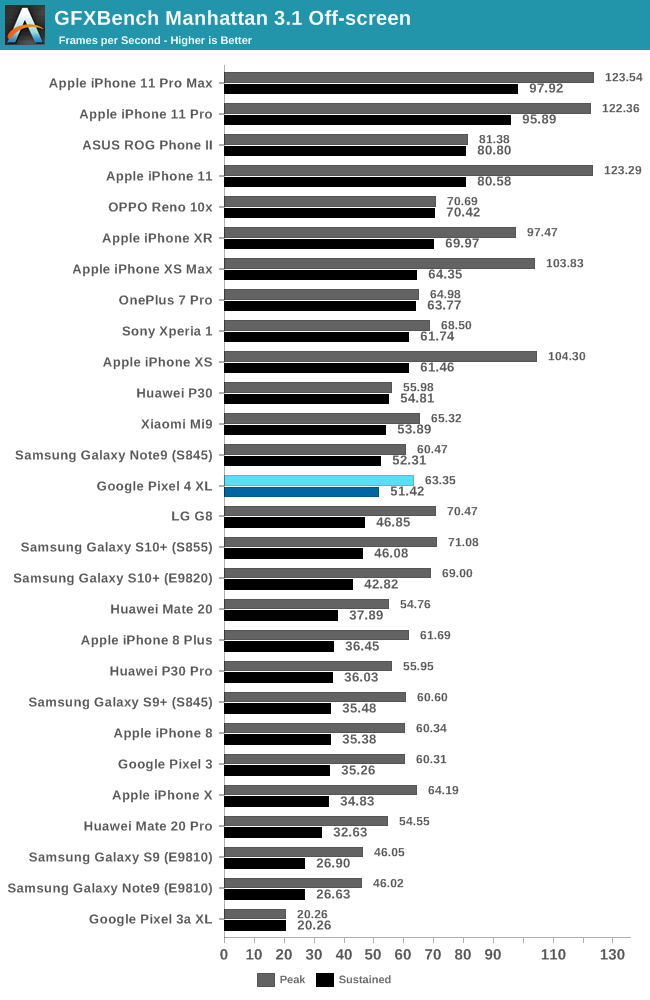 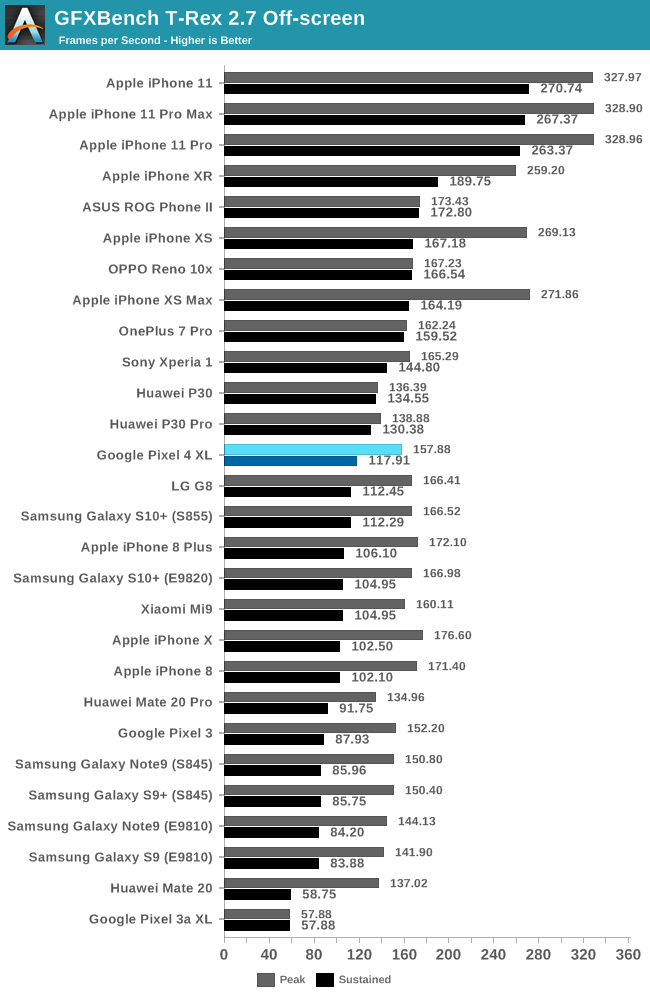 This ranking is continued on over all the GFXBench tests as the Pixel 4 XL does adequately but still remains below medium amongst our Snapdragon 855 devices. A peculiarity we’re seeing in the benchmarks is that the peak performance of the Pixel 4 XL is a few percentages lower than that on other S855 phones. Again, I have no proper explanation for this other that it may be some regression in Qualcomm’s GPU drivers, or that maybe Google is being more relaxed on other DVFS behaviour such as on the memory controllers.

Again, whilst this performance isn’t outright bad, we have to keep in mind the pricing of the phone and its very late release date in the year. The contrast to Apple’s iPhone 11s here in the charts is pretty absurd, as it’s able to showcase scores essentially twice as fast as what the Pixel 4 XL can achieve.