One aspect Google Pixel devices have always excelled at is performance. With every generation, Google had opted to customise the BSP stack and improve on Qualcomm’s mechanisms to be able to extract as much performance out of the SoC as possible. In recent years these customisations haven’t been quite as evident as QC’s schedulers became more complex and also more mature. The Pixel 4 again makes use of Qualcomm’s scheduler mechanisms instead of Google’s own Android Common Kernel. The Pixel 4 also arrives with Android Q which is one of the very few devices in our testbench which comes with the new OS version.

We’re testing the Pixel 4 at three refresh rate settings: the default 60Hz mode, the automatic 90Hz mode, and the forced 90Hz mode. As with the OnePlus 7 Pro earlier in the year, we’re expecting to measure differences between the different display modes. 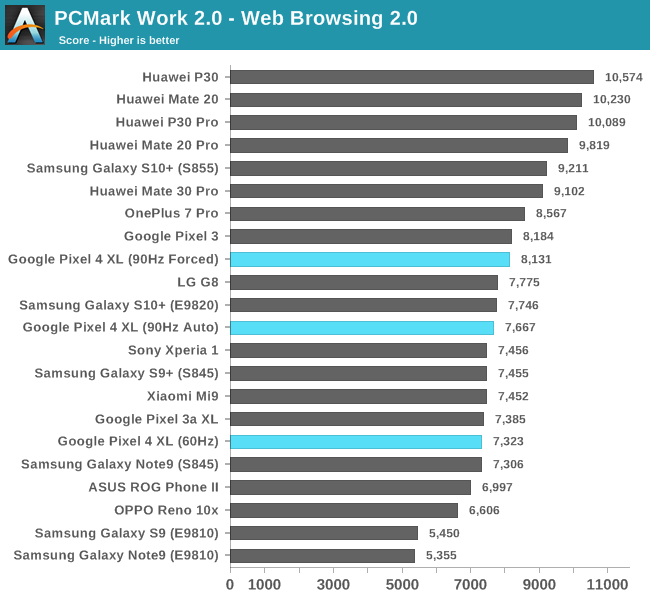 Starting off with the web browsing test, we’re seeing the Pixel 4 XL perform quite averagely. The odd thing here is that it’s showcasing worse performance and scaling than the Pixel 3 last year in all but the forced 90Hz mode. It’s also interesting to see how the forced 90Hz mode is able to post an advantage over the regular 90Hz mode even though the content of the benchmark doesn’t contain anything in particular that would have the automatic mode trigger to 60Hz. 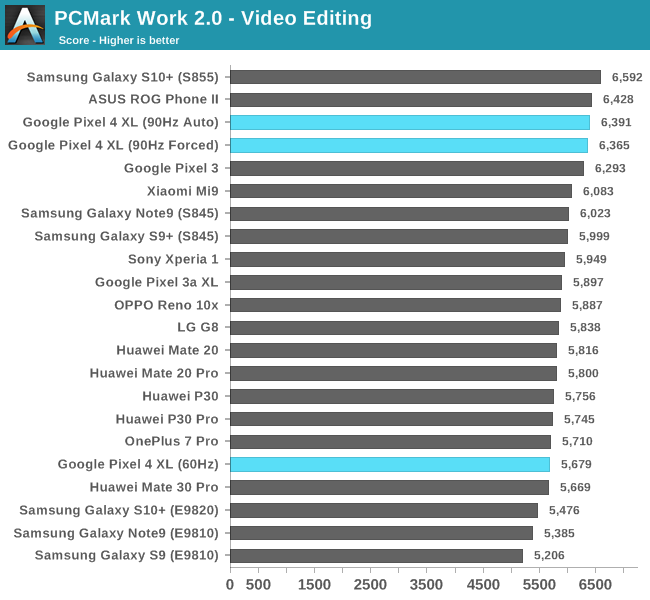 In the video editing test, which isn’t all that significant in terms of its results, we do however see the differences between the 60 and 90Hz modes. Again, it’s odd to see the 60Hz mode perform that much worse than the Pixel 3 in this test, pointing out to more conservative scaling of the little CPU cores. 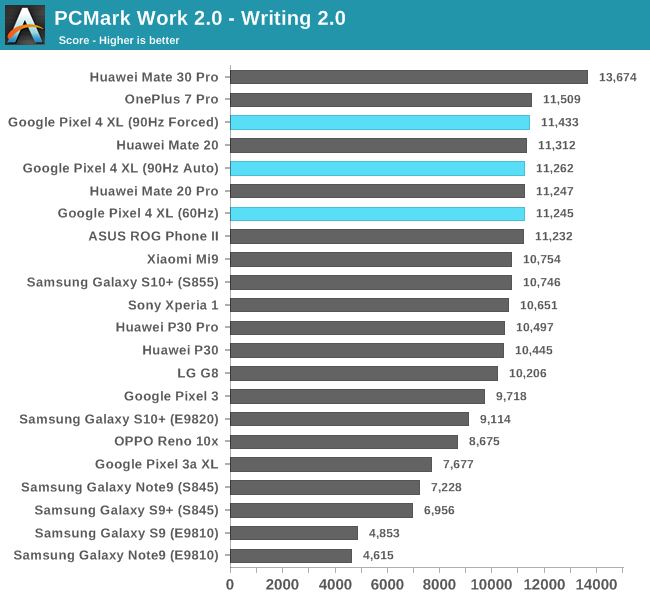 In the Writing test which is the most important sub-test of PCMark and has heavier workloads, we see the Pixel 4 perform very well and is in line with the better Snapdragon 855 devices out there. 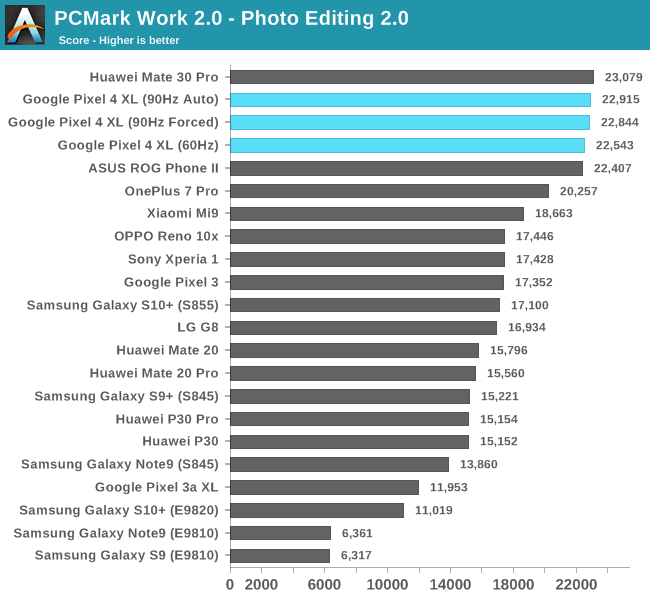 The Photo Editing scores of the Pixel 4 are also top notch and the best Snapdragon 855 device we have at hand. 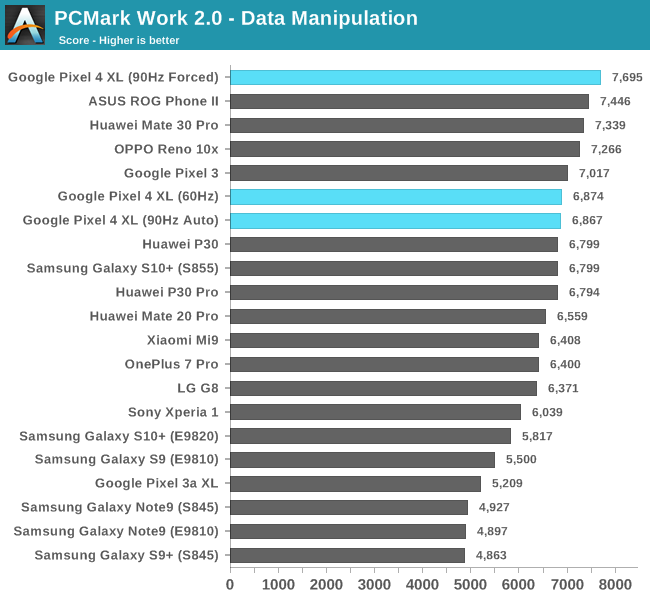 The data manipulation test is another odd one that I can’t really explain it performs better on the forced 90Hz mode over than the automatic 90Hz mode. 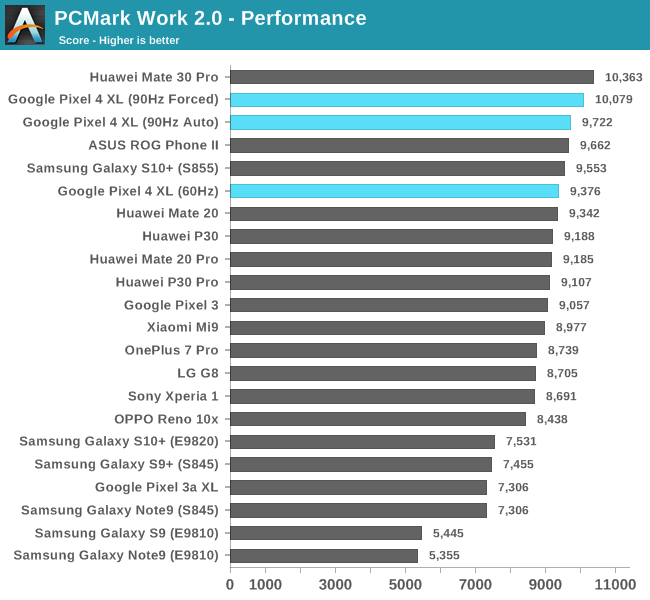 Finally, the Pixel 4 ends up high in the ranks in PCMark, really only trailing the Mate 30 Pro. 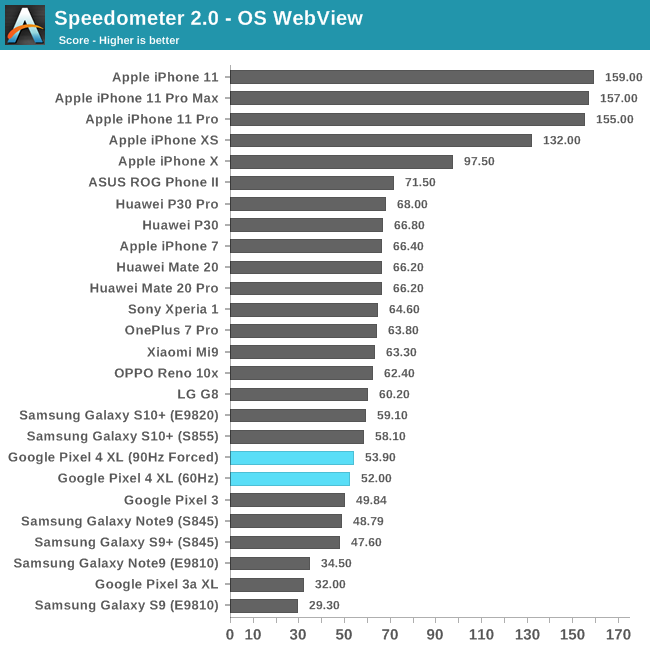 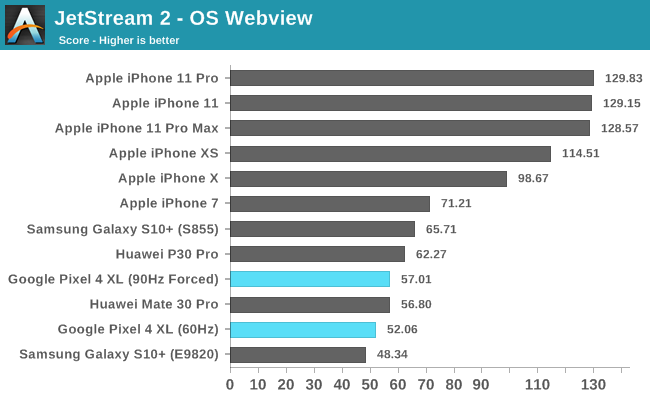 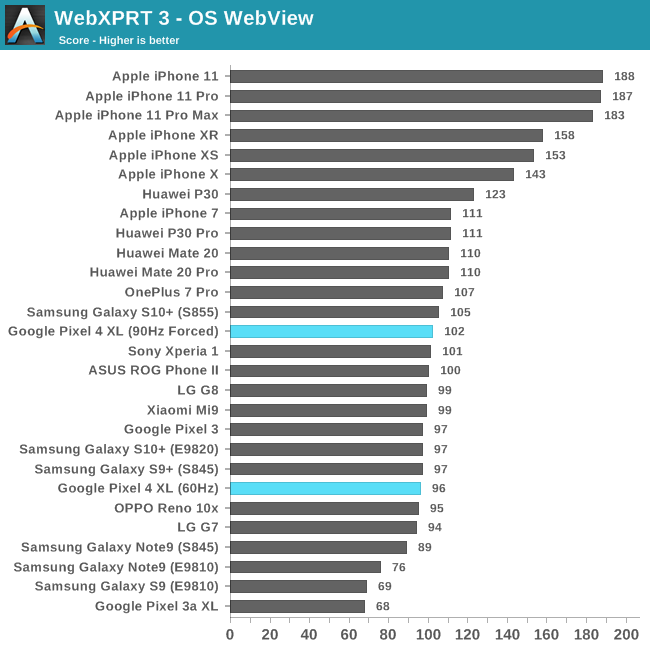 In the web benchmarks, the Pixel 4 performs quite average to actually quite bad, compared to what we’ve seen from other S855 phones. I’m really not sure why the degradation takes place, I’ll have to investigate this more once I have another S855 with Android Q.

That being said, unlike last year, I can’t say that the Pixel 4 is amongst the snappiest devices this year as that title was already taken by the new Huawei Mate 30 Pro with the newer generation Kirin 990. Unfortunately for Google, performance of the Pixel 4 will be a rather short-lived selling point as I expect the competition (which don’t already have the feature) to catch up with high refresh screens, and also surpass the Pixel as the new generation Snapdragon SoCs are just a month away from launch.

+ Submit News
TSMC to Customers: It's Time to Stop Using Older Nodes and Move to 28nm