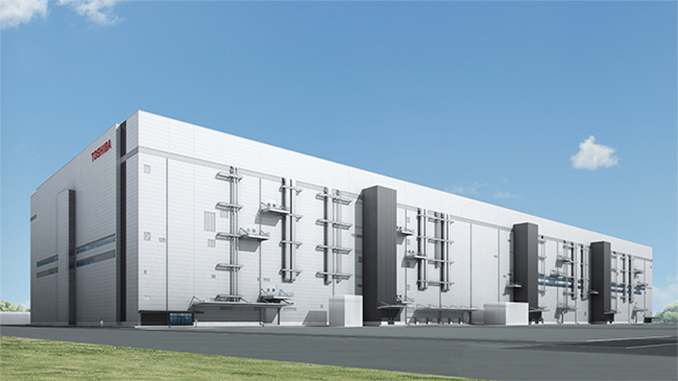 A 13-minute unexpected power outage in the Yokkaichi province in Japan on June 15 affected the manufacturing facilities jointly operated by Western Digital and TMC. The incident damaged wafers that were processed and also production equipment used by the companies. Western Digital said in late June that the accident would reduce its NAND flash wafer supply in Q3 by approximately 6 EB (exabytes), which was believed to be about a half of the company’s quarterly supply of NAND. Toshiba also confirmed that wafers and equipment was damaged, but did not elaborate.

By now, virtually all production capacities at the Yokkaichi Operations are back online, according to Steve Milligan, chief executive of Western Digital.

“Western Digital and TMC teams have worked diligently on recovery activities and as of now, nearly all of the equipment in the fabs has returned to normal operations.”

The company believes that all the lost wafers will be contained in the September quarter, but the incurred damages will be quite vast. In Q4 FY2019 (Q2 C2019) the company took a $145 million charge for impacted equipment as well as operations, and plans to take another $170 – $190 million write-off in the September quarter. As a result, the impact on Western Digital will total $315 – $339 million.

Being a private company, Toshiba Memory does not disclose the impact of the accident, but if the company lost the equal number of wafers and has had to restore its production capacities, so its losses will be comparable to those of Western Digital. Overall, the 13-minute power outage will cost the two companies $630 to $678 million.