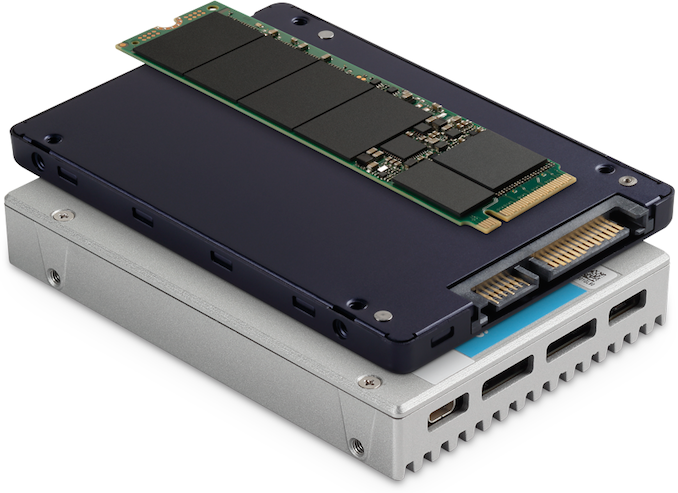 Micron was among the first companies to start mass production and shipments of 3D QLC NAND, so it is not surprising that at present it is among the leading suppliers of such flash memory as well as products on its base. According to the company’s management, bit shipments of 3D QLC for SSDs almost doubled quarter-over-quarter.

Micron uses its 3D QLC NAND for a number of products, including NVMe and SATA SSDs for clients and servers as well as microSD memory cards. In addition, Micron sells 3D QLC to other suppliers of SSDs. Since per-GB pricing of 3D QLC flash memory is very competitive against 3D MLC and 3D TLC, drives featuring this type of NAND are priced very reasonably, which makes them popular among end users. Considering this, it is not surprising that shipments of Micron’s 3D QLC memory for SSDs have increased 75% quarter-over-quarter.

According to estimates by SK Hynix, TLC NAND accounts for 85% of the NAND flash market today, so it will take 3D QLC quite some time to challenge the proven type of memory in terms of bit shipments.

Micron admits that supply of 3D NAND continues to exceed demand, which negatively affects pricing from a supplier perspective. Transition to 96-layer 3D NAND as well as to 3D QLC memory will inevitably increase the  supply of flash in terms of total bit capacity. To that end, Micron plans to further adjust production of NAND in the coming quarter, but it remains to be seen whether this will help as the company will be cutting production (among other things) of its prior-generation NAND devices.

“Since our last earnings call, we have taken actions to further adjust wafer starts from the previously announced 5% reduction to now approximately 10%, which will result in lower supply growth in the second half of the calendar year,” said Mr. Mehrotra.