Afox and Qdion Have 3kW PSUs for Cryptocurrency Miners 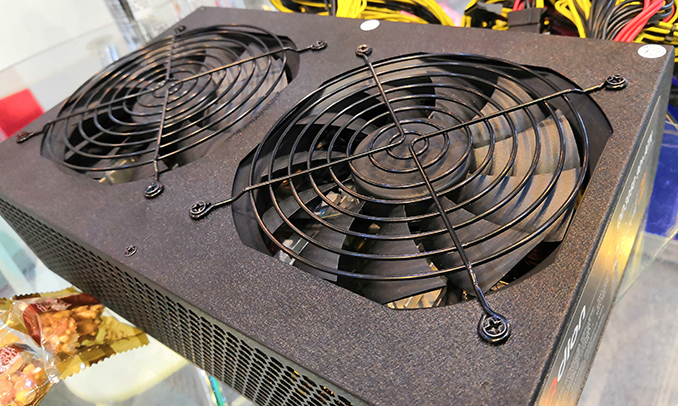 With GPU cryptocurrency mining apparently here to stay, over the last couple of years hardware vendors have begun developing mining-optmized (or at least branded) gear for miners. This of course extends to power supplies, as a stable and high-quality power supply is one of the key requirements for a high-uptime mining operation. This has resulted in a focus on high-wattage PSUs, particularly those with numerous PCIe power connectors for accelerators. To that end, a number of manufacturers have already been offering 1 – 2 kW PSUs for mining for some time now, however Afox and Qdion have decided to up the ante even more and introduce 3 and 3.3 kW power supplies this year.

Afox was originally established by Foxconn in 2008 to sell AMD Radeon graphics cards, but the brand has never become really popular outside of certain regions. Over the years, it added numerous product categories, including PSUs, SSDs, miniature PCs and even tablets. Since many GPU buyers nowadays use them for mining, it is not surprising that the company introduced its 3.3 kW PSU designed specifically for this kind of activity. 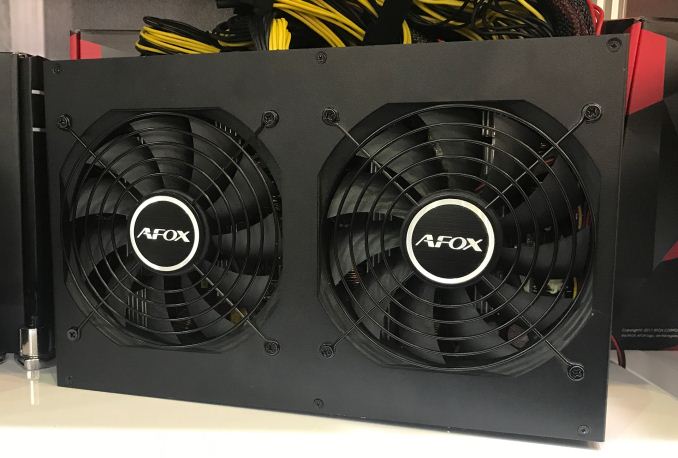 Foregoing any intent to adhere to PC case specifications, the Afox 3300 W PSU (AFMPS-3300A1) looks like (and likely is very similar to) two power supplies in one enclosure, with a total size to match. Obviously, miners do not use cases, so for them such inflexibility does not really matter. What matters is that the PSU can feed 12 graphics cards with its massive +12V/270A output and can support almost any GPU that is on the market today. In addition, the power supply has nine SATA connectors and even a Molex connector for a just-in-case scenario, but evidently SATA cables are hardly ever used by the target audience of the 3.3 kW beast. Meanwhile, the AFMPS-3300A1 has an 8-pin EPS connector, so hardcore overclockers with HEDT motherboards that require one of these could use the 3300 W PSU too for their liquid nitrogen or liquid helium experiments.

Update 6/25: Afox has released a new version of its PSU with a 16A-rated power connector.

It is noteworthy that the AFMPS-3300A1 is so not aimed at consumers that Afox didn't even bother to get an 80 Plus rating on it, so we can only wonder how efficient this product is. 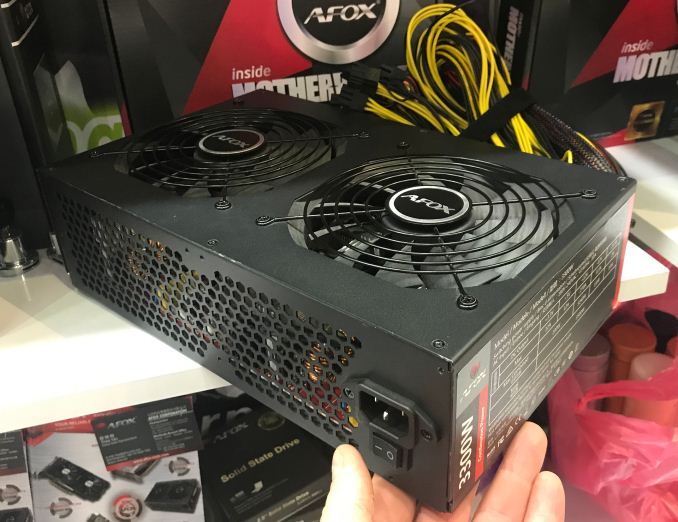 Qdion is another supplier that has a ~3 kW massive PSU that looks like two power supplies glued together in one box. Qdion is a subsidiary of FSP that offers entry-level products on select markets, but it looks like the manufacturer decided to use the trademark for a specialized product too. 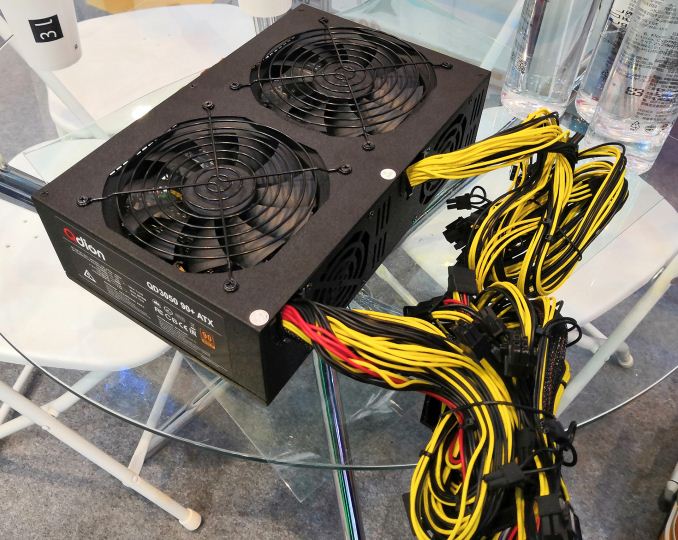 Just like the 3.3 kW PSU from Afox, Qdion’s QD3050 90% ATX power supply comes with a massive number of PCIe power connectors to feed a dozen of GPUs with its +12V/248A output. The unit also has numerous SATA power plugs, but no EPS, so this one will not appeal to hardcore overclockers. One funny thing to note about this power supply is that it has a 90 Plus badge on it, which officially does not exist. In the meantime, a number of manufacturers from China are using it these days.

Overall the cryptocurrency mining industry appears to be developing quite rapidly with specially-designed graphics cards, motherboards and now PSUs available to interested parties via specialized channels. In fact, you can even get mining graphics cards from retail outlets in Taiwan, something that is not supposed to happen. That said, both the Afox AFMPS-3300A1 and the Qdion QD3050 are available from certain channels specializing on equipment for miners, but will hardly be sold by regular retailers.

As for pricing, Afox says that its 3.3 kW PSU costs around $250 per unit when bought in sufficient quantities, so one can surmise that components used for the part are not really high-end. Again, this hardly matters to miners that run large farms and are used to quickly swapping out hardware. 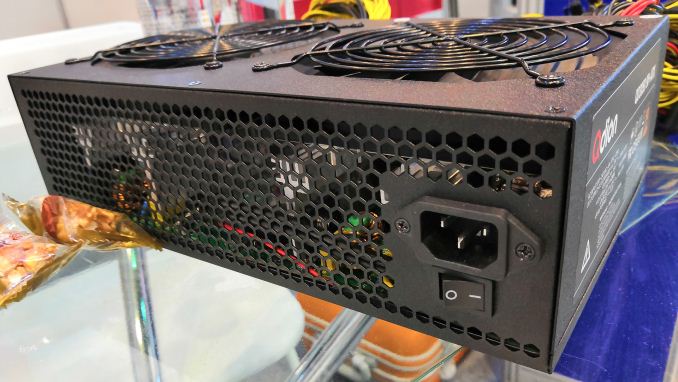