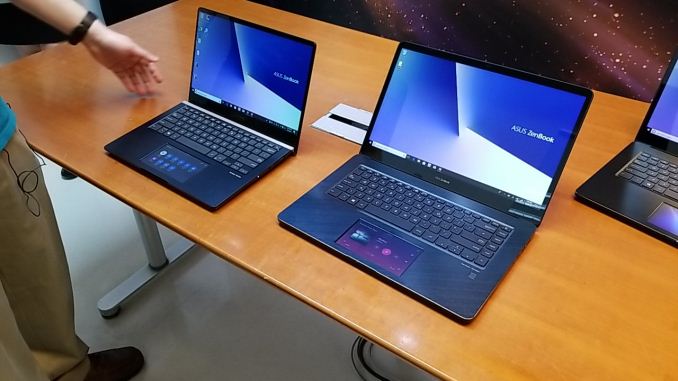 Asus’s new ZenBook Pros, announced at Computex in Taipei, each have two screens: the big laptop display you expect, and then a new 5.5-inch display built into the touchpad called the ScreenPad. The ZenBook Pro 15 (UX580) will be available in July for $2,299, but we don’t have pricing and availability for the 14-inch model.

The ScreenPads is a 5.5-inch FHD display that doubles as a touchpad with support for Microsoft’s precision drivers for Windows 10 gestures. It has a toolbar at the top that contains an app launcher, including built-in support for YouTube and Spotify, as well as Word, Excel, and PowerPoint. It can also mirror a smartphone on your PC with the Asus Sync app. 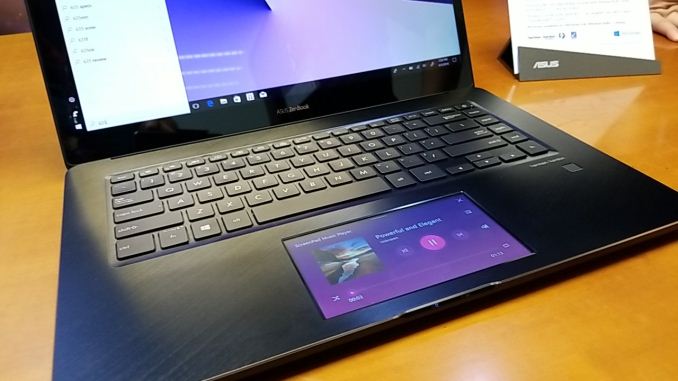 The 15-inch version will go up to an Intel Core i9-8950HK CPU, up to a 4K display, Nvidia GeForce GTX 1050 Ti GPU, and up to a 1TB PCIe SSD.  It includes a wide variety of ports, including two Thunderbolt 3 ports, two USB type-A ports, an HDMI output, audio jack and a microSD card reader. The 14-inch model will go up to an Intel Core i7 processor, with a 14-inch 1080p display and Nvidia GeForce 1050 with Max-Q design. with two Type-A ports, one Thunderbolt 3 and an HDMI output. 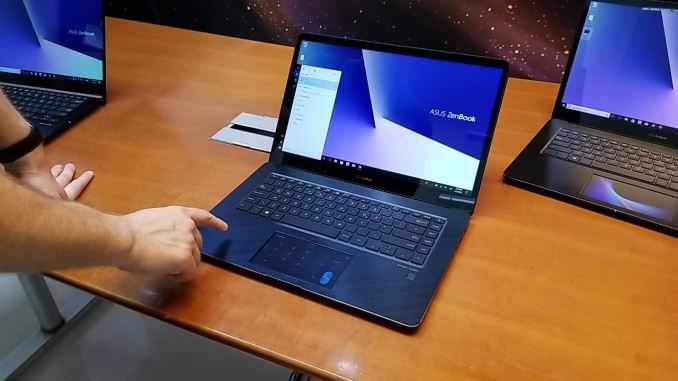 Asus is pushing the displays on the 15-inch model, which it says are its first to be Pantone validated, and the company is also claiming 132 percent sRGB coverage and 178-degree viewing angles. Additionally, the audio is Harmon Kardon-certified, so we’re expecting loud, clear sound. 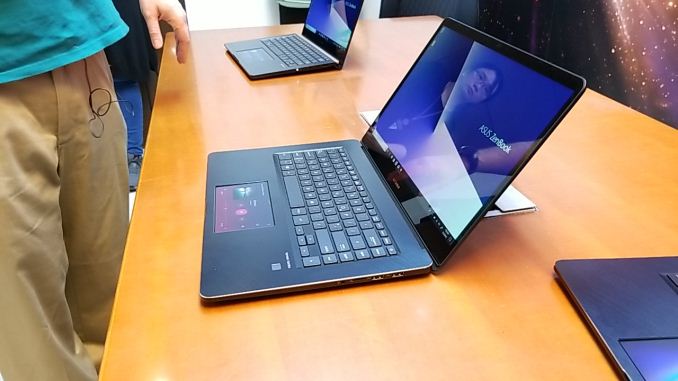 We’ll need more hands-on time in our lab to see what we think of the ScreenPads, but they’ll surely be compared to the Touch Bar on Apple’s MacBook Pro. On first glance, we prefer this because it doesn’t remove any of the function row keys. We were able to use it as an extended display This isn’t the first touchpad to feature a screen, though. Razer tried something similar with the Razer Blade Pro a few years ago but ultimately ditched it. We’re cautiously excited by the prospect.

But what Asus hasn’t changed is premium design. The dark aluminum look puts all of the focus on the two screens, and we’re looking forward to testing both machines when they release.