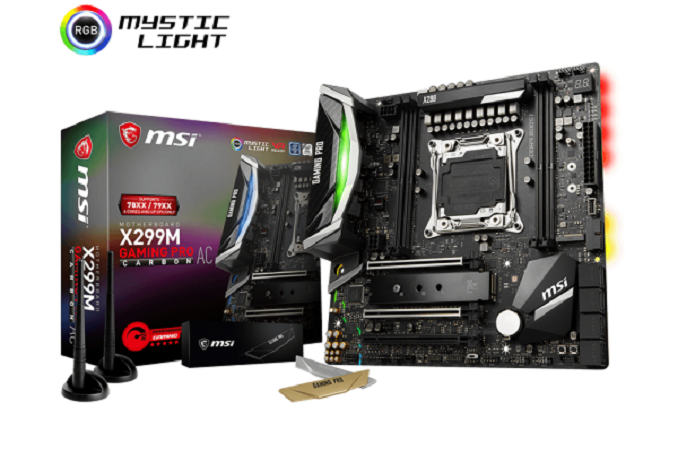 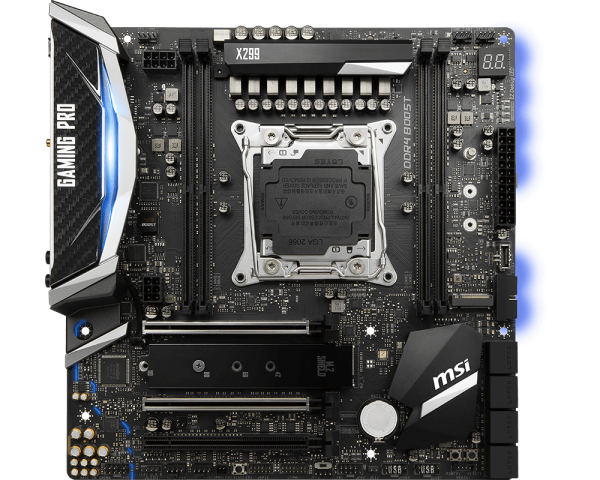 The X299M Gaming Pro Carbon AC supports up to 64GB of quad-channel DRAM, and using MSI’s DDR4 Boost Technology should allow the board to support memory speeds up to 4200 MHz, a full multiplier more than the ATX sized Gaming Pro Carbon AC - this is typically down to better performance potential when using 1 DIMM per channel. Another difference is visible in the available PCIe slots: the mATX version has a total of three PCIe x16 slots, two using Steel Armor and one without, to support x16/x16/x8 using a 44-lane CPU and x16/x8/x4 with a 28-lane CPU, although to use all the bandwidth a user would need to invest in single slot solutions. Under the guide overclocking, MSI claims that its features such as an external clock generator for more BCLK flexibility, an 8-Layer PCB, and a fully digital power design for its 10 phase Military Class 6 power delivery (among other features) contribute to the overclocking performance. 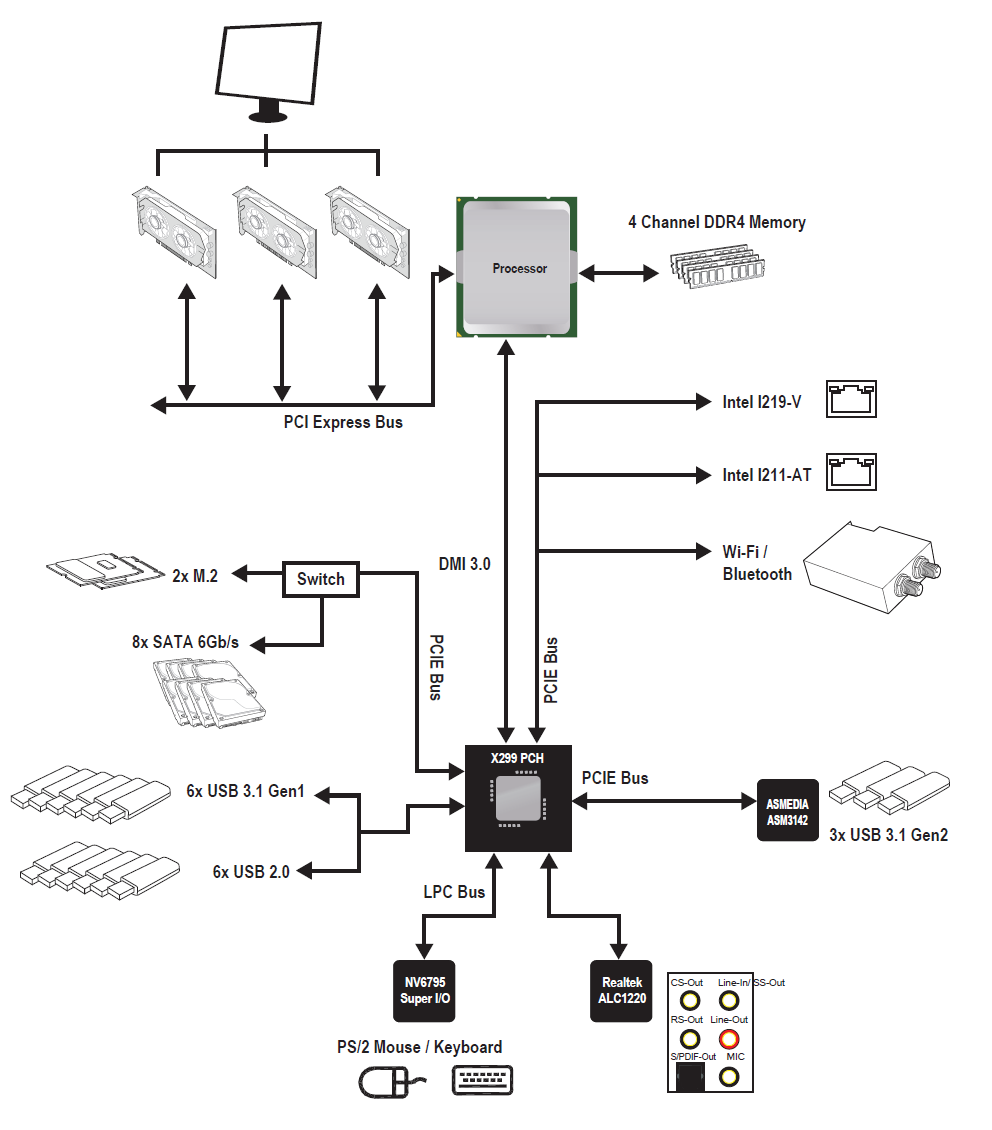 On the storage side, the X299M Gaming Pro Carbon AC comes with eight SATA 6 Gbps ports, who of which can share bandwidth with the two M.2 slots when using SATA based M.2 drives. The M.2 ports also support PCIe 3.0 x4 drives, in which case this will not affect the SATA ports. 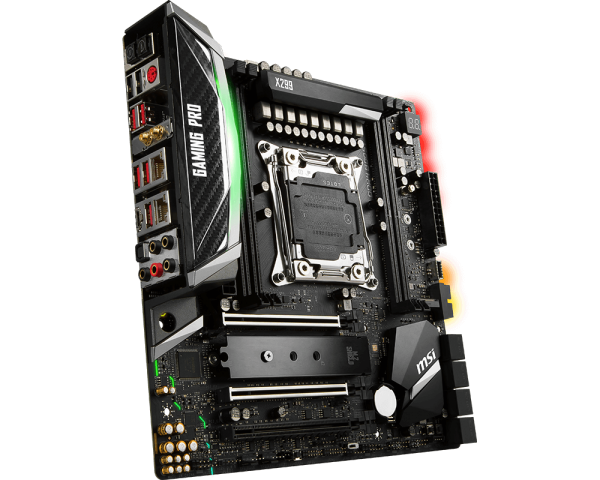 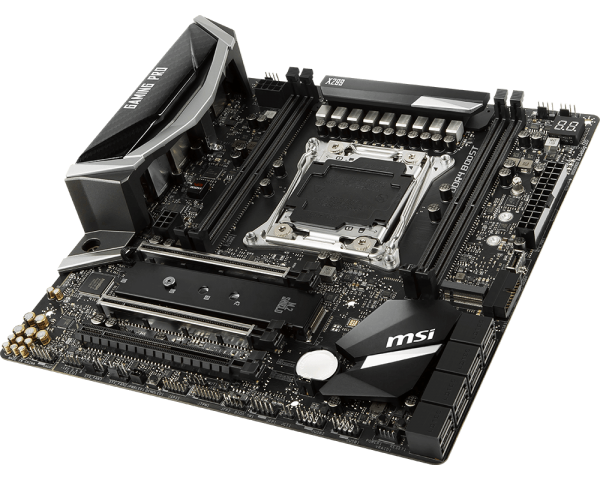 RGB LEDs can be found on the I/O cover as well as on the audio separation line on the PCB that is meant to separate digital and analog signals. Two other small RGB strips are on the right side of the board. All the RGB LEDs (and external RGB LEDs that are supported) are controlled by MSI’s Mystic Light application. To further the aesthetic charm, if the default look isn’t what the build theme is looking for, MSI includes three different 'Gaming Pro' heatsink covers in Carbon, Gold, and Silver, which can be swapped around to achieve the most appropriate look for the build. It also has mounting points available, which MSI named 3D X-Mounting, to use for additional modifications for 3D-printable parts. MSI states that the cable covers, M.2 fan stand, SLI bridge, and more can be used to personalize the board even further.

Pricing information was not mentioned in the press release. However, the $279.99 price listed above was found on gigparts.com. It is selling for $399.99 on ncix.com.

*MSI's website states that the board supports 128GB of DRAM, although that would mean using 32GB UDIMMs which do not exist. We fully suspect this is a typo on MSI and have reached out for clarification - we expect the support to be 64GB (4x16GB).