The In Win 303 Case Review: Minimalist ATX with Tempered Glass for $93

The Interior of the In Win 303

A fine detail that one can notice once the side panels are removed is the foam strip that In Win applied on the interior edges of the side panels. These strips seal the space between the side panel and the case, preventing scratches and cancelling certain possible rattling/vibration noises. 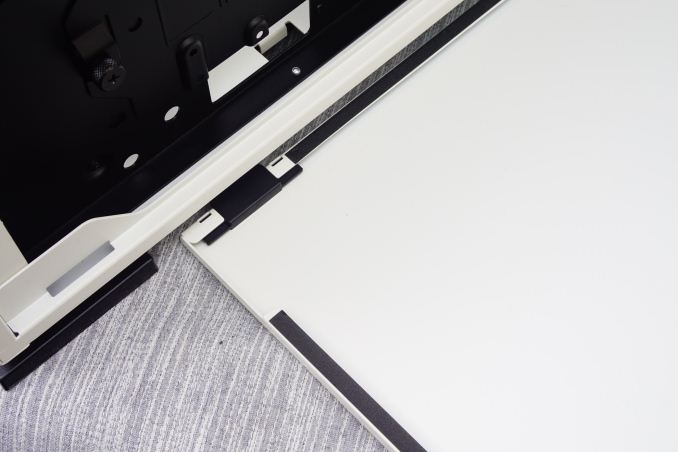 The removal of the case’s panels reveals a peculiar interior, with the PSU compartment above the motherboard tray but taking only the right half of the space. There are no cages for the drives or other items, leaving the interior looking very plain and empty. The metal frame that separates the PSU compartment from the rest of the case has slots for up to three 120 mm fans or an equivalent liquid cooling radiator. These fans will be forcing air out mostly from the right side panel, but some of the air flow will be getting pushed behind the motherboard’s tray. 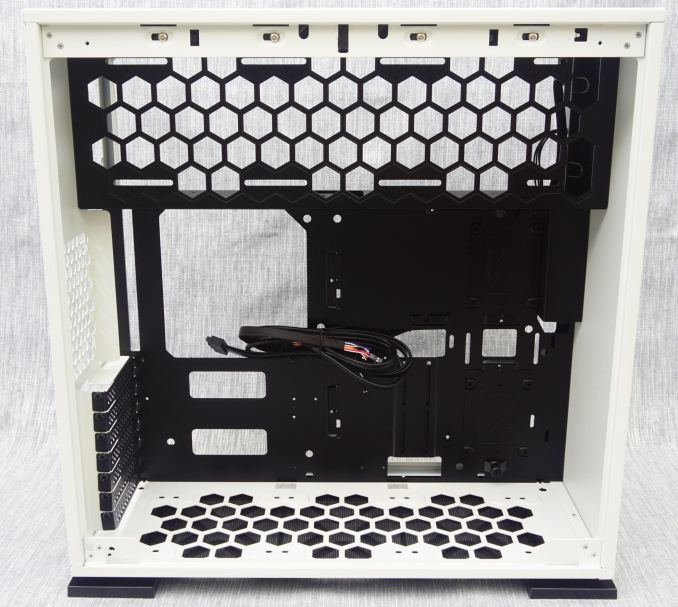 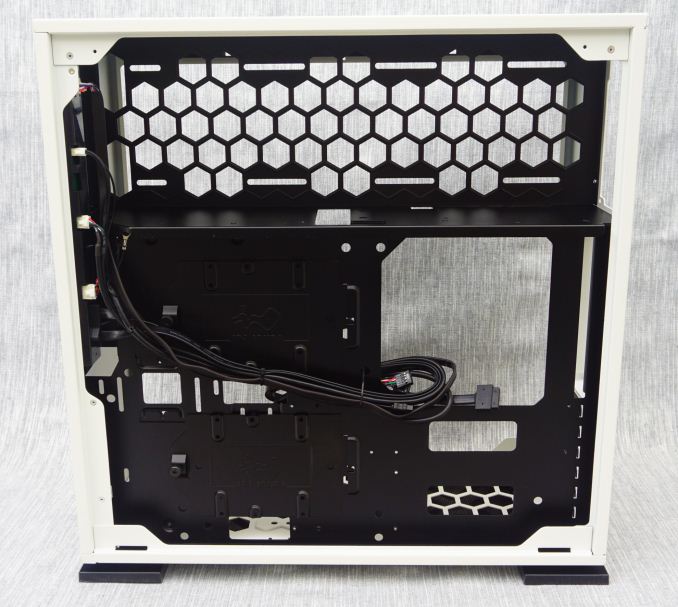 There are two slots for 3.5”/2.5” drives to the right side of the case, behind the motherboard. The small metallic drive trays are removable and one 3.5” or 2.5” drive can be installed on each of them using the supplied screws. 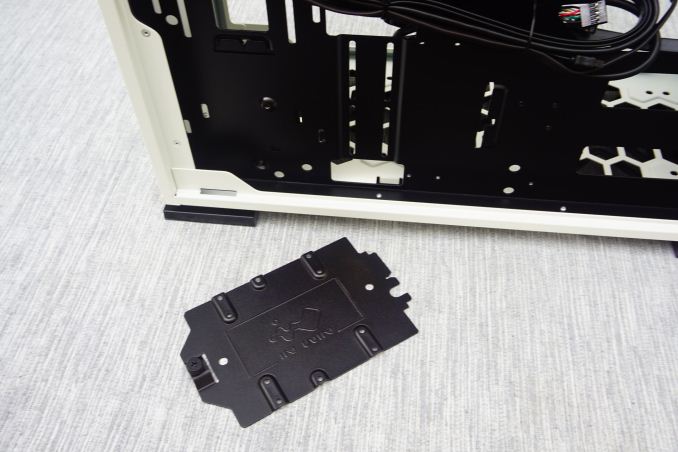 Two more drive trays can be found inside the system area, next to the rail where the large expansion card optional support braces can be attached. These trays can only accommodate 2.5” drives. 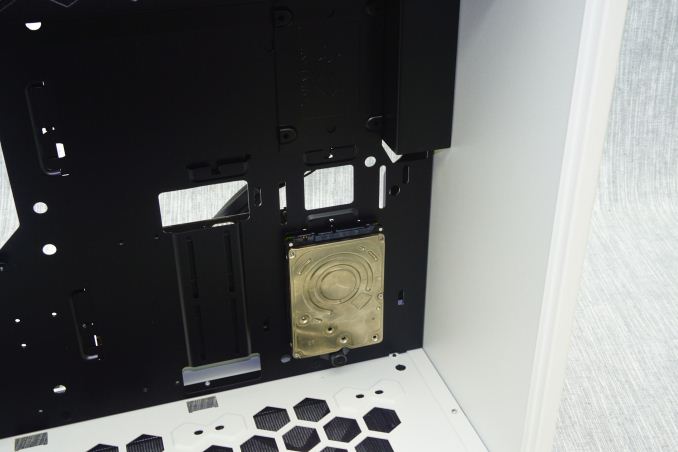 For the means of this review, we installed a Corsair AX760i with the red cable set, for strong visual contrast. The AX760i easily fits inside the PSU compartment of the In Win 303, with plenty of room for managing the cables. The excessive 32 mm clearance behind the motherboard tray makes cable management very easy. Note however that the PSU is installed with its fan facing inside the system, forcing it to draw air from the inside of the system area rather than from the outside of the case. Its position will also have its fan right in front the first 120 mm fan, if one is installed. This can significantly increase the operational temperature of the PSU if a radiator is installed there, as the thermal energy from the radiator will be getting released right in front of its intake. 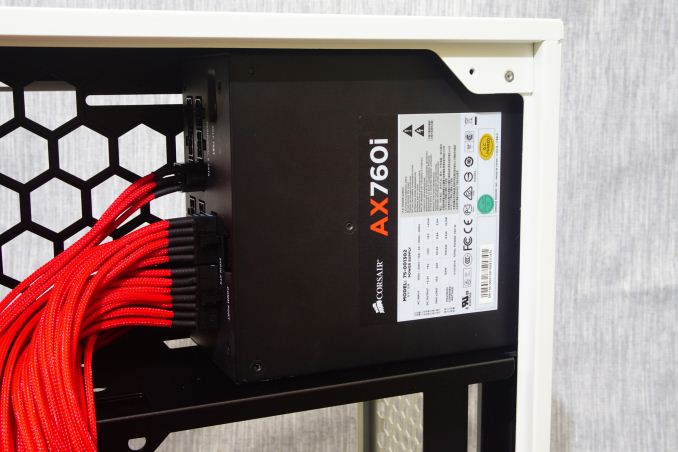 The system area of the In Win 303 is roomy but narrow. There is virtually no clearance between the motherboard and the bottom of the case with an ATX motherboard installed, preventing the installation of a liquid cooling radiator at the bottom of the case. If a Micro ATX or Mini ITX motherboard is installed however, the use of a radiator up to 360 mm long is very possible. A radiator up to 360 mm long can be installed on the PSU compartment frame and a small 120 mm radiator can be installed on the rear panel of the 303. Liquid cooling may be necessary for an advanced system, as the clearance for air coolers is only 160 mm, ruling out many top-tier air coolers. Cards of virtually any length can be installed, but we strongly recommend cards up to 350 mm long, as longer cards will block the cable openings and the 2.5” drive trays. 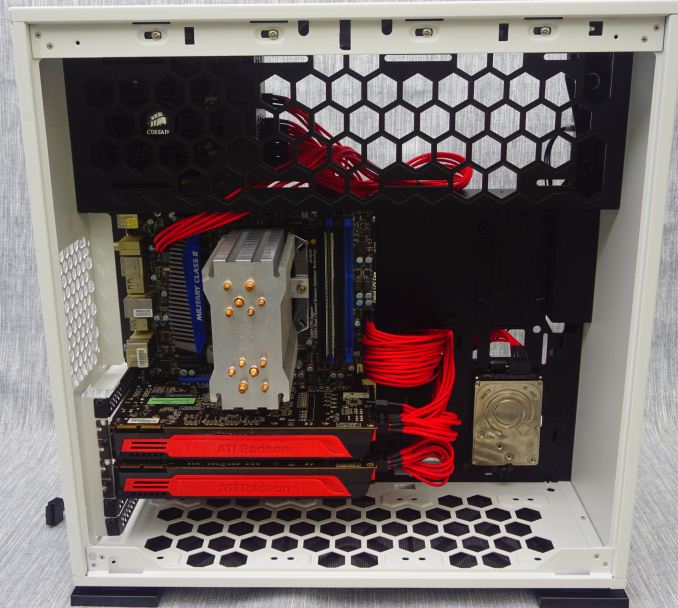 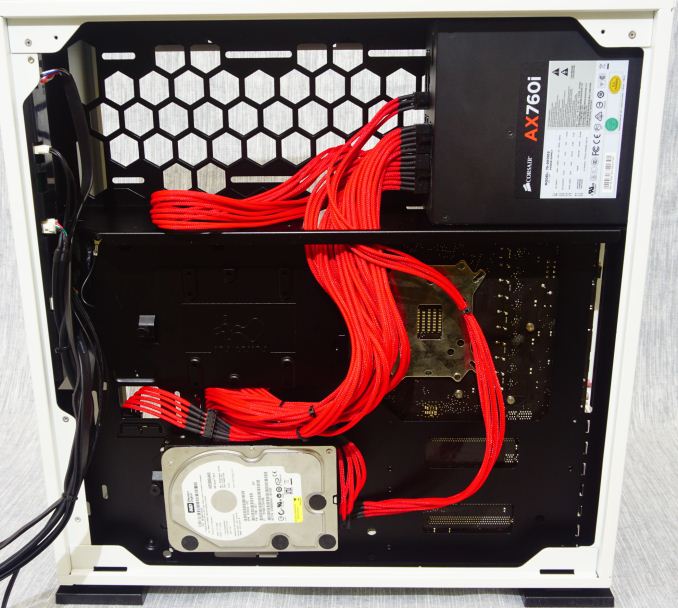