Much like with the Photon series, the Hive is hardly any different from a typical black ATX PSU. The only thing that differentiates it from the core design is the fan finger guard, which is not a separate part but a honeycomb pattern punched on the steel chassis itself. Aside from the sticker with the electrical specifications of the PSU at the top of the chassis, there is virtually nothing else that would break the monotony of the black, plain chassis. 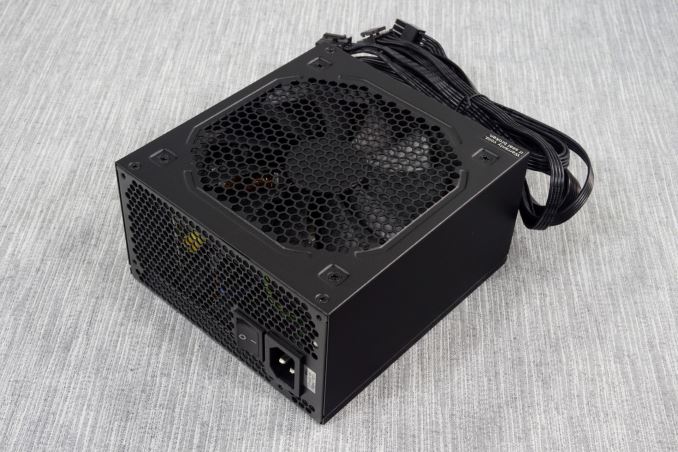 A rather standard, high speed 135 mm fan from Globe is found beneath the honeycomb finger guard of the Hive 850W PSU. The S1352512HH is a sleeve bearing and a maximum speed of 1800 RPM, meaning that at lower speeds it can handle itself well, but at maximum speed it could get awfully loud. Of course, a thermal control circuitry adjusts the speed of the fan according to the load and the temperature of the unit, so we will see how it truly behaves during our testing. 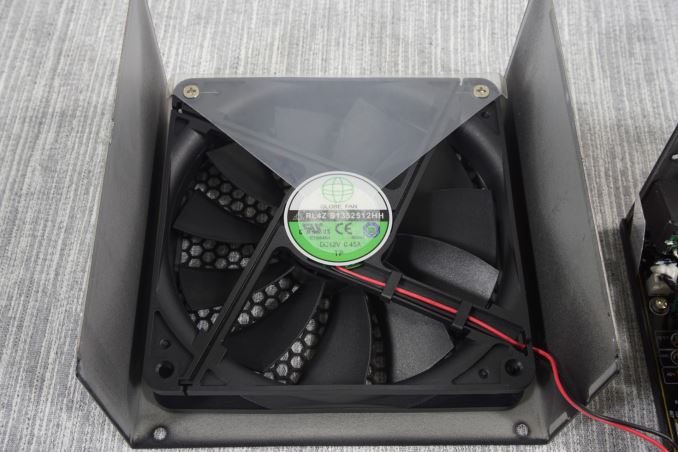 Sirfa is the OEM behind the Rosewill Hive 850W. Although they are not very reputable among enthusiasts, Sirfa is a good OEM and they released several relatively good platforms during the past few years, yet they also faced a couple of mishaps with a certain low-cost platforms. Our sample is based on a slightly modified version of the popular Direct12 Bronze II platform that has been around for a couple of years. 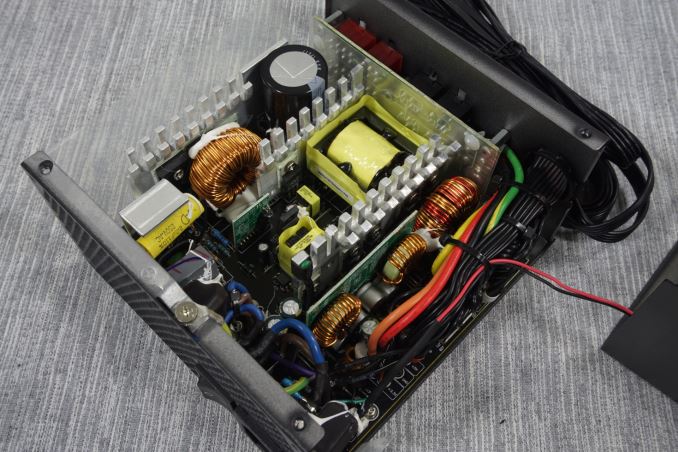 The filtering stage is textbook in design, with four Y capacitors, two X capacitors and two filtering inductors. A small and plain heatsink provides cooling to the main rectifying bridge, while the APFC components are mounted on a long heatsink alongside the edge of the PCB. A very large inductor and a 400V/680μF Rubycon capacitor are the passive PFC components. A half-bridge inversion configuration feeds the main transformer, the output of which is then processed to a single 12V line. The 5V and 3.3V lines are then derived via DC-to-DC conversion circuits.

Despite the presence of the DC-to-DC conversion circuits, the low efficiency transistors prohibit this platform from attaining a better efficiency certification. The electrolytic capacitors and the polymer capacitors on the secondary side are supplied by Teapo and Nippon Chemi-Con respectively. The presence of so many Teapo capacitors is likely to negatively affect the opinion of enthusiasts, as they are not the most reputable supplier. The build quality of the Hive 850W is rather good, albeit the design is dense and a bit messy. A lot of glue has been used to maximize the mechanical strength of the PSU.